An industry trade paper on Monday published a list of 83 stores that it reported Ahold and Delhaize are seeking to sell as part of their forthcoming merger, including all 20 Martin's stores in the Richmond area.

SN was unable to immediately confirm the accuracy of the list, first published by Food World. The list corroborates several sites that SN previously reported were for sale.

Ahold and Delhaize officials have not commented on the report, but have acknowledged stores would likely be divested so as to receive antitrust approval for their deal to close. The FTC had not commented as of late Monday. 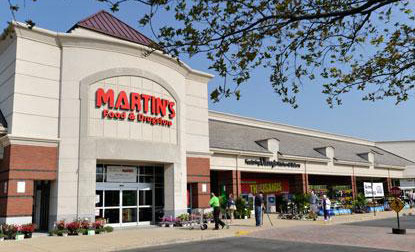 "As part of any merger approval process where there may be store divestitures, store visits may be conducted by potential buyers but it's too early to speculate on the outcome of the FTC review process," Christopher Brand, an Ahold spokesman, told SN Monday. Christy Phillips-Brown, a spokeswoman for Delhaize's Food Lion chain, in a statement said "Delhaize does not comment on pending regulatory matters or on market speculation."

The published list suggests that Ahold is looking to sell all of its Martin's stores in the Richmond, Va. market. Ahold acquired those sites from Ukrop's in 2010 and converted them to the Martin's banner under its Giant-Carlisle division.

According to Metro Market Studies, Martin's possessed the largest market share in the Richmond area; with Delhaize-owned Food Lion second largest. However, several new competitors including Wegmans and Publix have targeted the area for growth, while Kroger has strengthened its share in recent years. Martin's previously acknowledged it was looking to close three of its Richmond-area Martin's stores when their leases expire this summer.

Also included on the list are 43 Food Lion stores, including 31 in Maryland, Delaware and Pennsylvania. The report said nine Giant-Landover stores were for sale (3 in Maryland, 6 in Virginia); as well as eight Delhaize-owned Hannaford stores in Massachusetts; and three stores under the Stop & Shop banner located in New York and Massachusetts.