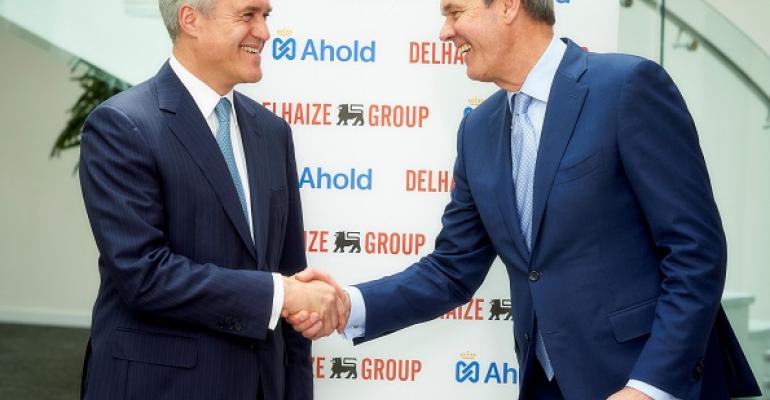 Ahold and Delhaize announced this morning their intention to combine their businesses as Ahold Delhaize, creating one of the largest supermarket chains in the U.S.

The current COOs of Ahold and Delhaize in the United States, James McCann and Kevin Holt, will stay on as COOs of their respective businesses. Pierre Bouchut, currently CFO of Delhaize, will become COO for Europe.

Mats Jansson, chairman of Delhaize Group, will become chairman of Ahold Delhaize. Jan Hommen, chairman of Royal Ahold, and Jacques de Vaucleroy, Delhaize group director, will become vice chairmen. The company will be headquartered in the Netherlands, and will be governed by a two-tier board comprising a supervisory board and a management board. The day-to-day management will be delegated to the executive committee.

"The proposed merger with Delhaize is an exciting opportunity to create an even stronger and more innovative retail leader for our customers, associates and shareholders worldwide," Boer said in a statement. "With extraordinary reach, diverse products and formats, and great people, we are bringing together two world-class organizations to deliver even more for the communities we serve. Our companies share common values, proud histories rooted in family entrepreneurship, and businesses that complement each other well. We look forward to working together to reach new levels of service and success.”