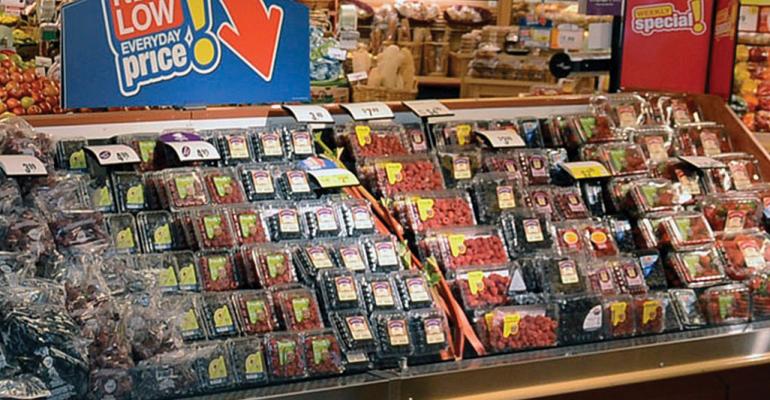 Quarterly sales of $5.8 billion were down by 1.4% at constant exchange rates due to gas deflation. Excluding gasoline, net sales improved by 0.8% and identical-store sales were up by 0.4%.

When adjusted for the effects of last year’s turmoil at Market Basket, ex-fuel comps increased by 1.8%. Officials said U.S. inflation for the quarter was around 1%.

The company is continuing to invest cost reductions in store experience and price as part of its “Project Thunder” program. During the quarter, the new produce format was launched in 149 stores, bringing the total 316 stores. Officials said the company was “encouraged by the volume uplift” at the converted units and that it expected the program to be in all stores by mid-2016. Price investments in “super KVIs” and a second wave of everyday price investments also continued during the quarter, officials said.

The Netherlands-based company also announced that revamped store bakeries would be the next phase of the “Thunder” investment, with 15 pilot stores completed.

In a conference call discussing results, CEO Dick Boer said that the company would open “a couple” additional bfresh small-format stores over the next year while evaluating the concept as a potential expansion vehicle in metropolitan areas. He added that Ahold’s online grocery division Peapod saw its sales increase to double-digits as the company addressed capacity issues at its New Jersey warehouse.