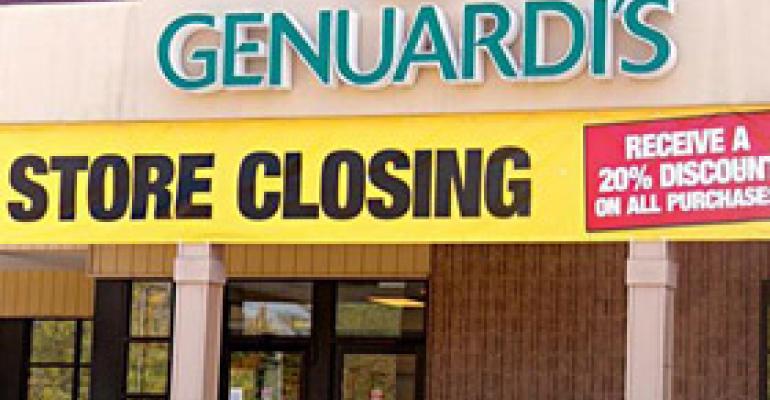 The forthcoming takeover and transition to the Giant banner will not result in major changes to the positioning of the stores, with both brands aiming for the same general demographic, they said. What’s more likely to change are shopper attitudes toward them: Giant currently enjoys a strong reputation for price and selection, while Genuardi’s despite reaching in that direction, never got credit for it. Never recovering from the aftereffects of its acquisition by Safeway a decade earlier, Genuardi’s carried a reputation of a store that was missing part of its appeal, they said.

“When Safeway bought Genuardi’s they kept the name and changed everything else,” Richard George, professor of food marketing at Philadelphia’s St. Joseph’s University, told SN. “This will be just the opposite. Giant will change the name on the building, but won’t have to do that much more.”

As reported in SN last week, Giant, a Carlisle, Pa.-based division of Ahold, will pay Safeway $106 million in cash for 16 of Genuardi’s 27 locations, mostly in suburbs north and west of Philadelphia. Safeway said it would look for buyers for eight additional stores, including four in New Jersey, and close the remaining three while exiting the Philadelphia market completely. Giant said it would convert the Genuardi’s stores to the Giant banner following the deal’s completion later this year.

The acquisition should bring Giant’s market share up near that of long-time leader Acme, a division of Supervalu, and ShopRite, which in the Philadelphia area is comprised of 12 independent operators in the Wakefern cooperative. George described Philadelphia as “overstored,” noting the struggles of longtime operators including Acme, Genuardi’s and A&P, which operates SuperFresh and Pathmark stores there.

“I think this will help Giant consolidate market share and take away some major competition in a market that was overstored,” George said.

Giant has been cultivating success through a hybrid EDLP model that emphasizes price and one-stop shopping. Observers expect it will likely bring a heavier emphasis on price to the stores it will take over, but will largely seek the same shoppers Genuardi’s did. Genuardi’s at one time cultivated a slightly upscale shopper base but largely lost those shoppers to Whole Foods, Wegmans and Trader Joe’s in recent years, George said.

Genuardi’s reputation in the 1980s and 1990s allowed it to collect some choice locations that Giant will now inherit, said Bob Gorland of Matthew P. Casey & Associates, a Clark, N.J.-based supermarket site consultant.

“In a lot of cases, Genuardi’s was the one the developers went to first,” Gorland said. “But sales have been depressed. There’s definite upside potential for Giant.”

Analysts Weigh In on Giant's Purchase of Genuardi's
Jan 09, 2012