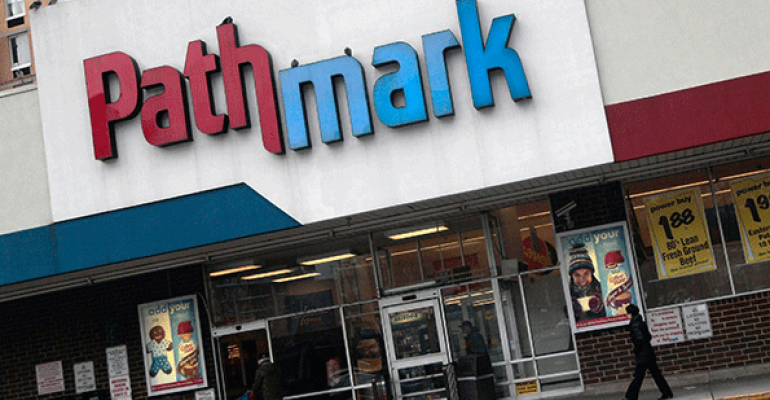 Another 8 stores go in A&P auctions; many more in 'limbo'

A&P has filed papers in U.S. Bankruptcy Court confirming that another eight of its stores were successfully bid on during a second auction of its assets late last week.

The sales — which require court approval — leave as many as 72 of A&P’s initial group of 300 locations still in limbo.

Sources told SN Monday those stores were either bid on previously but not for a price A&P was seeking, or simply haven’t attracted interest at all. If unsold, A&P would likely reject those leases and close the stores, creating still more claims against the money-losing estate.

“In some cases, a bidder may have an offer of $100,000 on a store where the minimum bid was set at $500,000,” one source, speaking on the condition of anonymity, told SN Monday. Using that hypothetical example, the source explained, “A&P may go to that bidder and say they will take the store back to auction, but if they up their bid to $250,000, it’s theirs, incentivizing to raise their bids.”

It was not immediately clear whether further auctions have been scheduled. A court hearing for store sales in auctions held so far is scheduled for Friday.

In the auction held last Thursday in New York, Best Yet Market, the retailer operated by A&P’s supplier C&S Wholesale Grocers, won two stores — a Pathmark in East Rockaway, N.Y., and a Waldbaums in Commack, N.Y. Non-union Best Yet has already drawn an objection from union workers at a store awarded to it during the first round of auctions.

Norristown Thriftway won the Pathmark store on West Chelten Avenue in Philadelphia, while Ruben Luna, an independent owner of several Hispanic supermarkets, would get an A&P store in Millwood, N.Y.

Shanghai Enterprises, which was awarded a Waldbaums store in Greenlawn. N.Y., in an earlier round of bidding, on Thursday won a second with a successful bid for a Hastings, N.Y., A&P store.

According to SN’s source, “lowball” offers are resulting from the sheer volume of real estate that went up for grabs as part of A&P’s “sale strategy” which the retailer has described as its best opportunity to raise funds for the estate.

While that effort drew millions for about a third of A&P’s stores which were sold to Acme and Stop & Shop, the remainder are being divided between dozens of entities seeking only a few stores each.

“They put about 12 million square feet of supermarket space on the market at once, and when you increase supply like that, the prices will come down,” the source said.