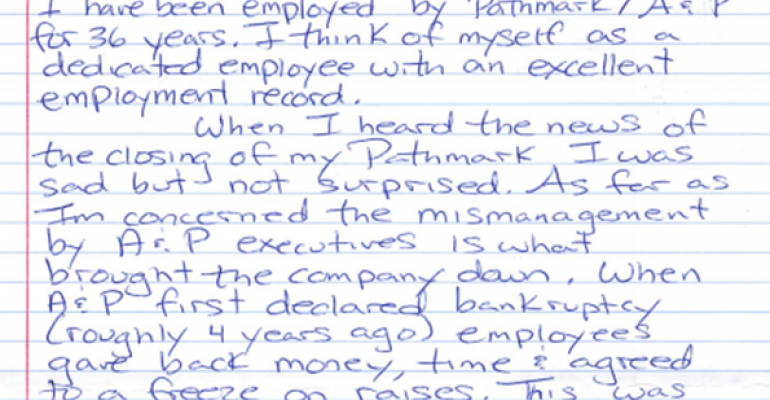 &quot;Not only am I losing a job that I love and value, I will be losing the seniority rights that I worked hard for and benefits that my husband and I desperately need.&quot; &mdash; Dianne Reilly&nbsp; Related stories: &bull; A&amp;P to issue layoff notices at all stores &bull; Additional coverage of A&amp;P&#39;s Chapter 11 bankruptcy

Shoppers and employees of A&P are pleading with the judge overseeing the retailer’s bankruptcy case to keep them in mind as he rules.

The following letters, addressed to Judge Robert B. Drain at U.S. Bankruptcy Court in White Plains, N.Y., cite sacrifices workers made during A&P’s 2010 bankruptcy, and ask that displaced workers be provided with severance pay and a continuation of medical and other benefits. 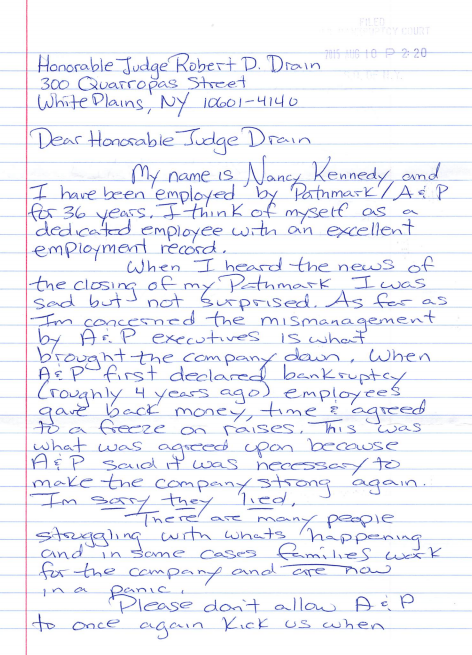 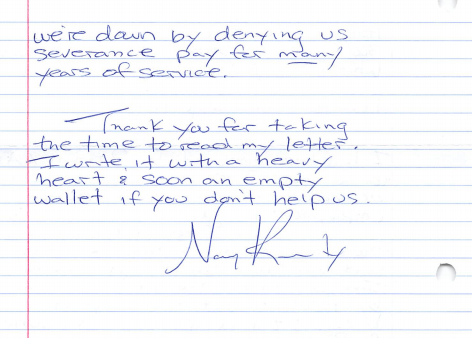 'Ask yourself, who would work at a place that would make us give back pay, lost vacation, sick and personal time?' 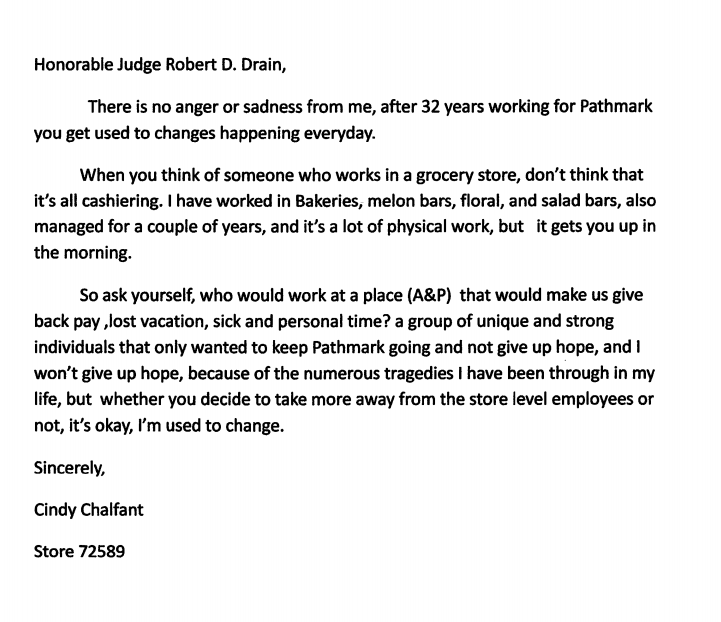 From an A&P shopper: 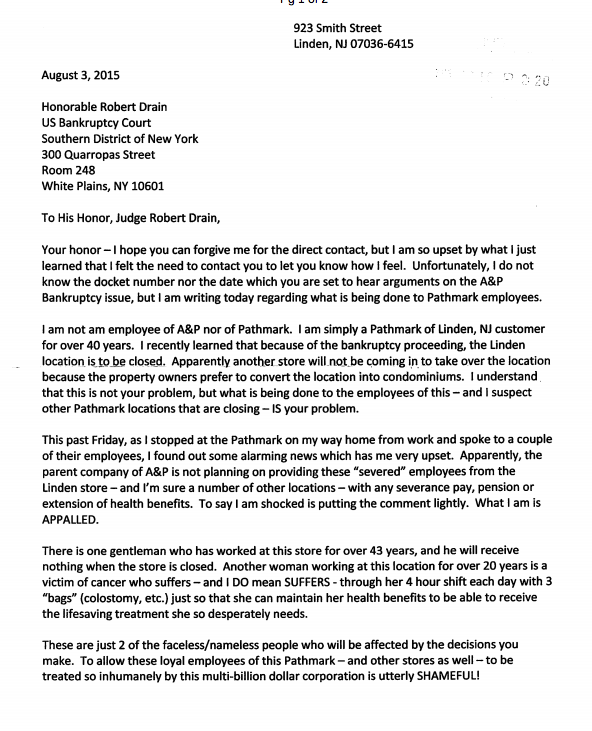 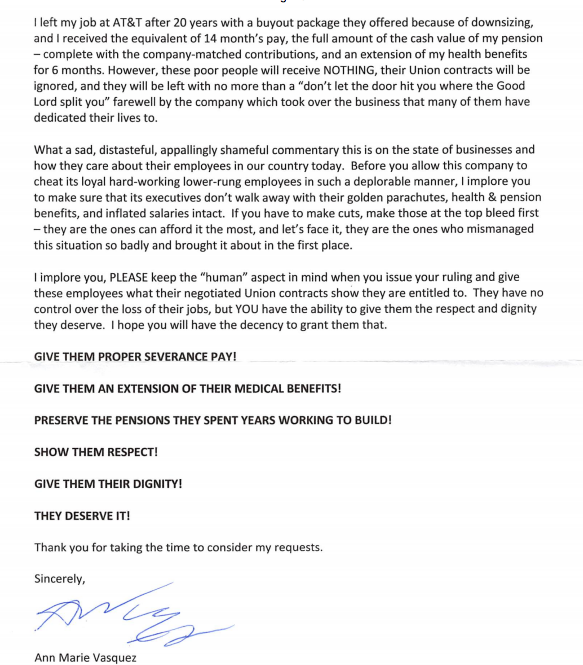 'A&P did nothing to keep itself competitive,' according to this SuperFresh butcher 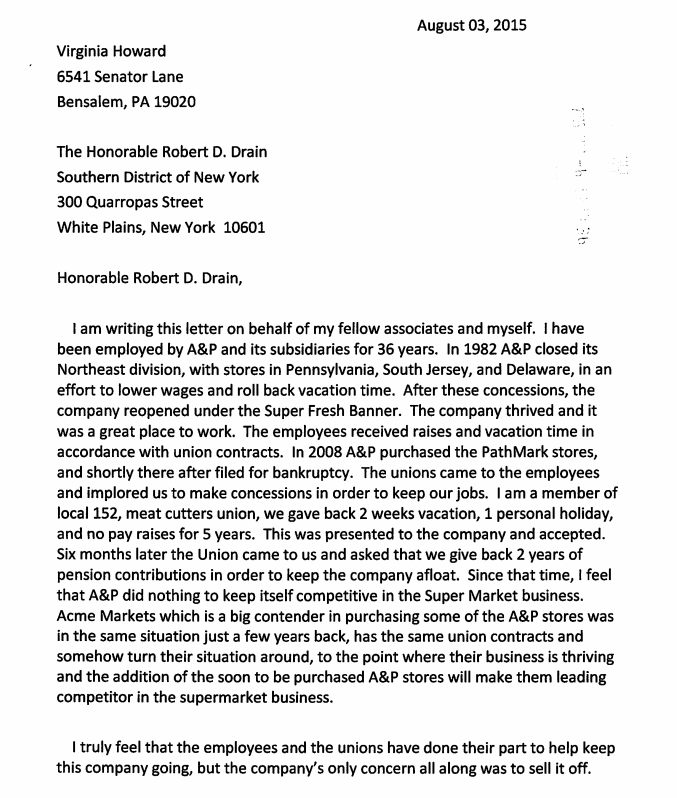 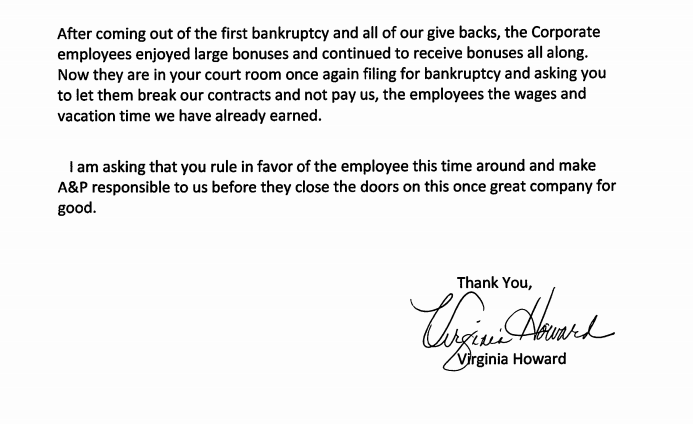 A senior worker at Pathmark pleads for continued health benefits 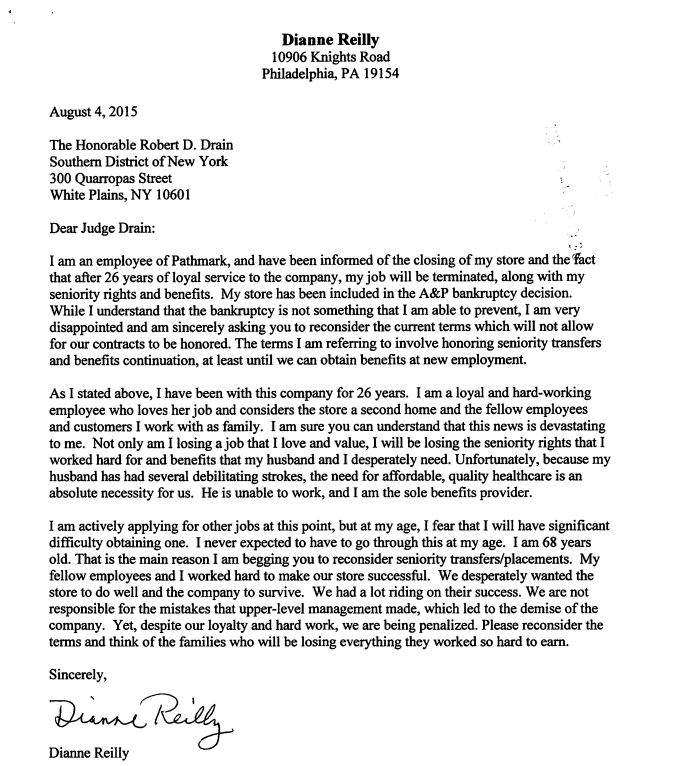