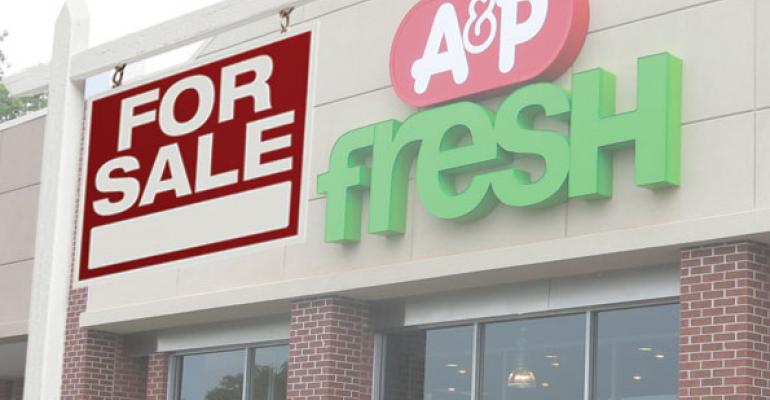 A&P has asked the court overseeing its bankruptcy case for permission to reject 52 real estate leases including 36 for closed grocery stores it has been unable to sell.

If approved, the rejections would send the former A&P, Pathmark and Superfresh stores back to their landlords, who would be free to pursue new leases or uses for the spaces. Sources told SN Wednesday that the group of rejected stores includes a number of sites with lease terms set to expire soon, as well as other sites that may have above-market rents or suboptimal locations. They went unsold at auctions held earlier this year, and were most recently among a group of 55 stores marketed for sublease on behalf of A&P by A&G Realty Partners.

A&P, which is approaching the final stages of its Chapter 11 wind-down, is selling the stores to raise funds to pay back creditors. In a separate filing, the retailer this week also sought approval to reject the lease at its corporate headquarters in Montvale, N.J. If approved the store and headquarters lease rejections would be effective Dec. 31.

Andrew Graiser, co-president of A&G, told SN Wednesday that the firm advised A&P on which store sites to reject, adding that the company was continuing to market at least 13 leases.

An industry source told SN Wednesday it was still possible the rejected sites wind up as retail food stores, although they all likely will require new rent agreements.

“Some landlords will be unhappy to get those leases back but some will look at this as a new opportunity and have their own ideas and strategies for the stores,” the source said. “That could include changing the use clause, and other things the current leases may not allow.”

Although Graiser did not identify the stores A&G was still marketing for sale, a comparison of the list of stores A&P rejected with a listing of 55 sites available distributed by A&G would suggest 19 stores would still available including 10 sites in New Jersey (Basking Ridge, Belvidere, Brick, Califon, Garwood, Hackensack, Pompton Lakes and Woodport) and eight in New York (Brooklyn-Ralph Avenue, Brooklyn-New Utrecht Avenue, Garden City Park, Massapeaqua, Oakdale, Valley Cottage and Yonkers).