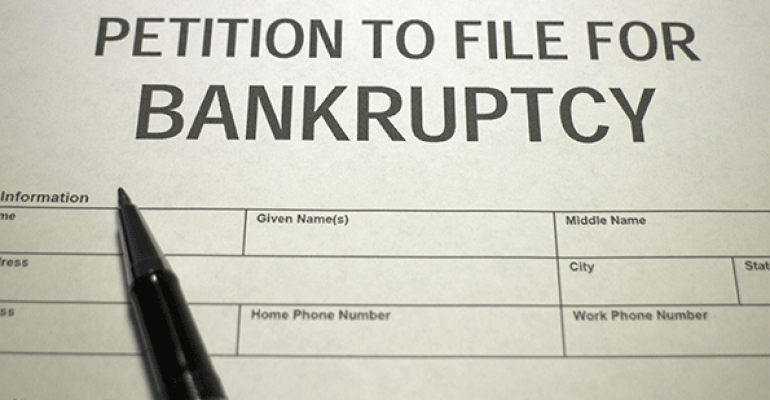 A&P has asked U.S. Bankruptcy Court for permission to reject union contracts and implement what it called its final labor proposal, saying the provisions of existing collective bargaining agreements “unreasonably impair” its ability to sell its stores and go out of business.

“Certain noneconomic rights such as ‘work rules,’ rights of first refusal, and notice requirements are unnecessary or unworkable in the context of these cases and risk delaying and confusing the debtors’ asset sale process,” A&P said in a motion filed in White Plains, N.Y. “Finally, the debtors require relief from certain economic terms of the CBAs because the debtors are at risk of administrative insolvency.”

The company is also seeking to terminate its obligation to pay benefits for 1,600 union and 500 nonunion retired employees. A&P recognized a net liability of $16.6 million for those obligations in 2014.

A&P, which is pursuing a sale of all of its stores, said prospective buyers’ offers are contingent upon being free of labor obligations, and that a failure to execute those sales would trigger a liquidation sale greatly reducing the value of the estate. The retailer said it has been unable to come to an agreement with unions despite lengthy negotiations.

A&P’s final proposal, submitted to unions earlier this week, would reject CBAs for stores to be sold at the time of the completion of the sale; and reject the CBAs of stores that are not sold upon the time they close, unless the company and labor have worked out an alternative agreement.

In addition, A&P is seeking permanent relief from all successorship provisions, “bumping”, rights of first refusal, job guarantees, lump-sum retirement payments, and the union’s right to strike in the event the company fails to make pension payments, among other requests.

The United Food and Commercial Workers union, which represents most of A&P’s more than 26,000 employees, was not immediately available for comment.

The UFCW and A&P have made small progress in negotiations thus far in the case. The company, which was seeking temporary relief from “bumping,” was able to negotiate a “cost-neutral” solution for at least some workers, but the judge allowed bumping to be struck on the case of 25 closed stores. A&P’s request to pay 25% of severance payments to laid-off workers was adjusted by the judge to 52%.