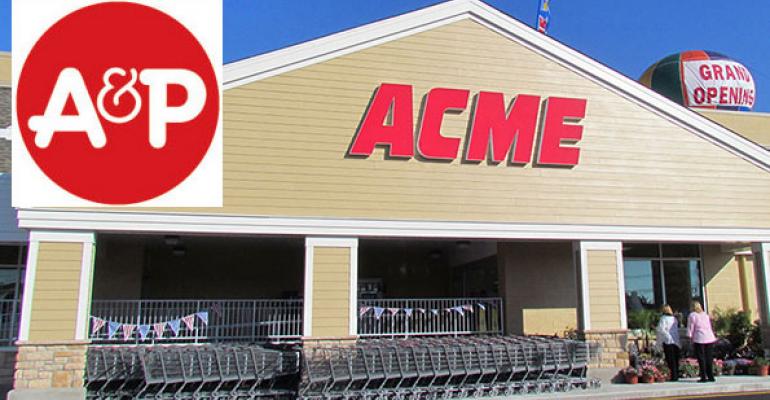 The selldown of A&P assets is continuing with the bankrupt retailer seeking court approval to sell another three of its stores to Acme Markets and its Green Way natural/organic private label brand to Allegiance Retail Services.

In court documents filed this week, A&P said Acme had offered $1.3 million for the leases of closed A&P stores located in Patterson, N.Y., and Boonton, N.J., as well as a wine and liquor store in Old Greenwich, Conn.

Acme had been in pursuit of the Patterson and Boonton locations previously but the transactions were held up as a result of negotiations with the landlords of the respective properties. The Patterson store was among a list of 76 locations Acme had initially agreed to buy in September, but the retailer subsequently pursued the deal without that location. Acme, a division of Albertsons Cos., initially bid to buy the Boonton store in November, according to reports.

In a separate proposed transaction, A&P is seeking approval to sell the intellectual property including trademarks for its Green Way private label brand to Allegiance, the Iselin, N.J.-based firm providing marketing for independent retailers operating under the Foodtown banner among other brands. Allegiance offered $150,000 for the assets.

A&P launched Green Way in 2009, saying the brand would encompass products made without the use of pesticides, chemicals or artificial fertilizers in eco-friendly packaging.

A&P is seeking approval of both deals Jan. 22.