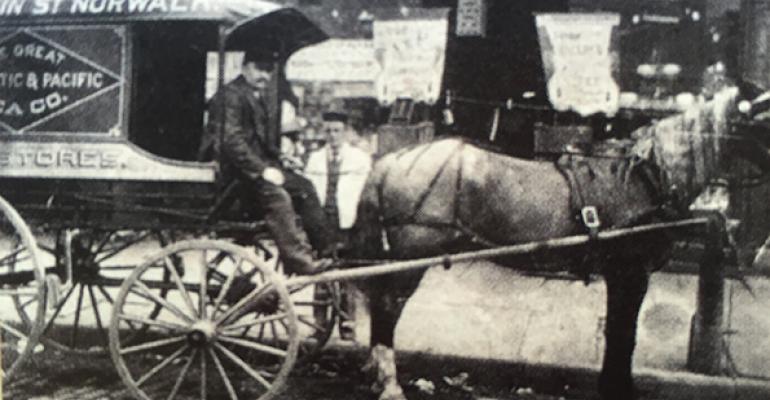 A Century and a Half of A&P: A Timeline

Here is a timeline of 156 years in the rise and fall of an American institution &mdash; The Great Atlantic &amp; Pacific Tea Company &mdash; from its birth in 1859 to today

Birth in the 19th Century 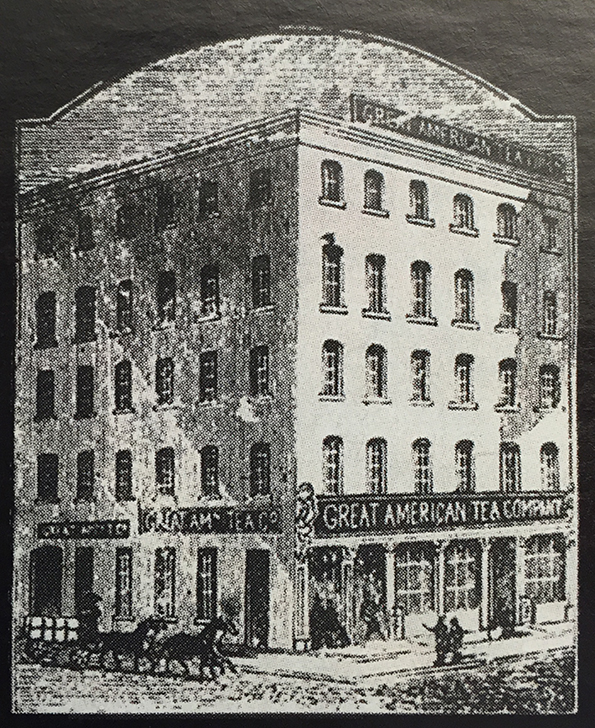 Company, now with 11 stores, renames itself the Great Atlantic & Pacific Tea Co., in honor of the completion of the Transcontinental Railroad. Great American Tea Co. name is retained for mail order and wagon routes.

The Great Chicago Fire provides opportunity for A&P to expand to the Midwest. 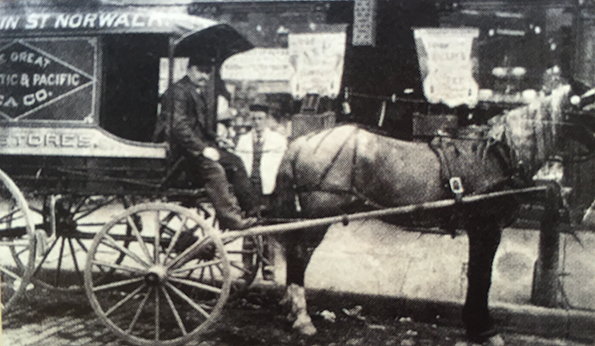 John Augustine Hartford, another son of George Huntington Hartford, joins the company at age 16 as a clerk.

Annual sales of $5.6 million; nearly 200 stores. Sales growth sparked in part by premium items — such as china and glassware — available through coupons accrued by shopping. 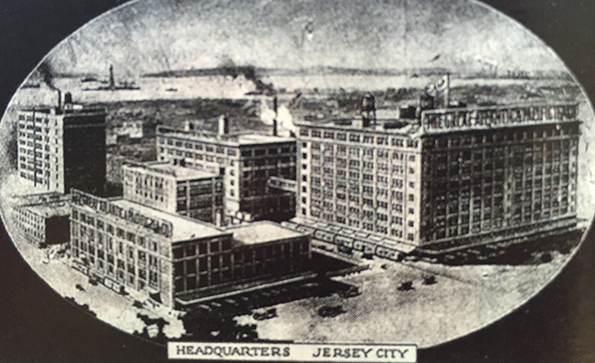 John Hartford opens the first A&P Economy Store in Jersey City, N.J. Offering a plain selection of groceries at sharp prices, but no premium items or extras like delivery and credit, the store is a huge success and triggers a massive rollout. 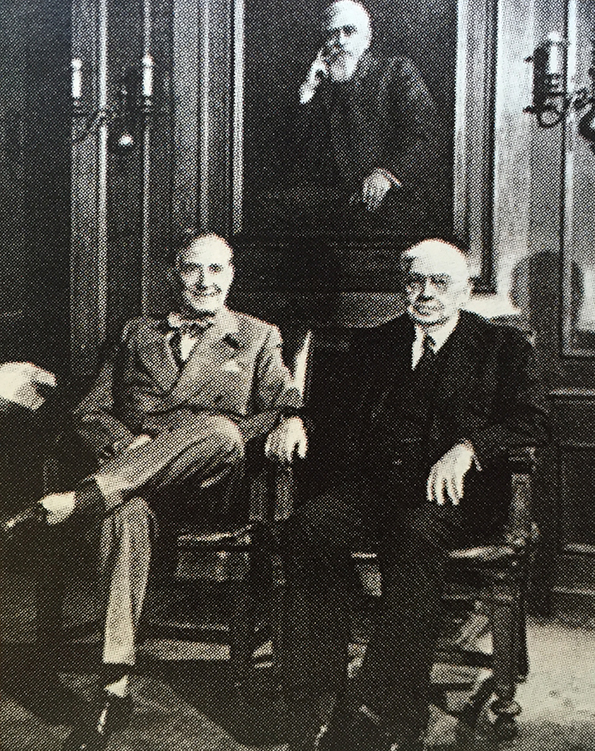 Founder George Huntington Hartford dies; his will stipulates that sons George L. Hartford (as board chairman, right) and John Hartford (as president, left) were to have administrative control of A&P until their deaths.

A&P's coffee division, the American Coffee Corp., becomes a wholly owned subsidiary. A&P becomes the world's largest coffee retailer by 1929, with 90% of its sales coming from its own products.

National meat department established, ushering in an era where meat would become a standard offering at U.S. grocery stores.

A&P moves headquarters back to New York, to the Graybar Building in Midtown Manhattan; establishes first presence in Canada with a store in Montreal.

A&P reaches $1 billion in sales, becoming only the second company to do so.

Expansion into California and Washington states; chain reaches peak of 15,737 stores in the U.S. 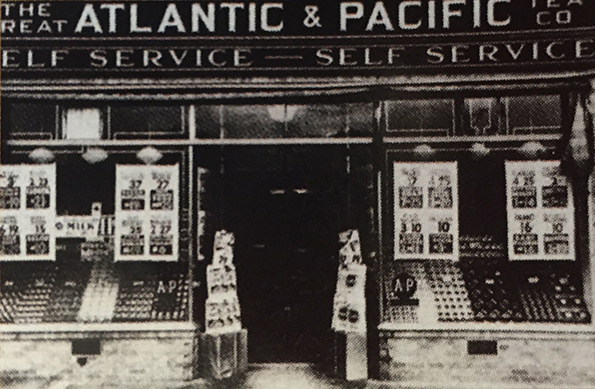 A&P launches Woman's Day magazine. Monthly circulation grows to 3 million copies by 1944. Noting the success of the self-service supermarket as created by King Kullen earlier in the decade, A&P opens its first supermarket in Braddock, Pa.

A&P operates 1,110 supermarkets and 2,000 smaller grocery stores. National Bakery Division established; its 35 bakeries across the U.S. would contribute around 50% of A&P's profit in coming years. 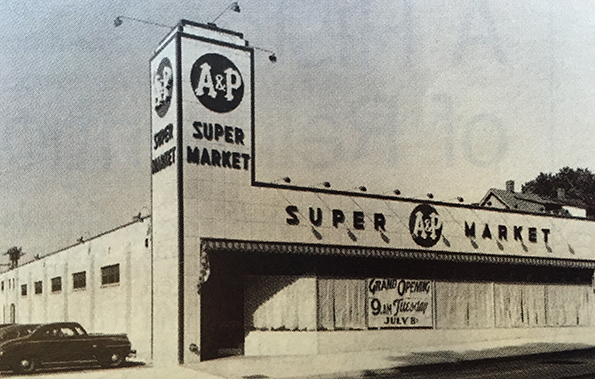 Discounting trend continues as A&P begins conversion of nearly all of its stores to the WEO format. The discounting and associated marketing spark an industrywide price war, but analysts say the effort is not adequately supported with cost controls, and the resulting decline in profitability nearly sinks the company.

A&P names Albertsons executive Jonathan Scott as its new CEO. Scott is the first leader to come from outside the company in its 116-year history. Review leads to the closure of more than 1,200 unprofitable stores.

Tengelmann Group acquires a majority of A&P stock. Plus, an American adaptation of a European limited assortment discounter, Plus, begins rollout. The experiment is eventually abandoned.

A new board of directors appoints James Wood as CEO; massive reorganization, consisting of several market exits and thousands of store closures, follow.

Creates stark, German-inspired “Futurestore” with black and white decor meant to show off colorful products inside. 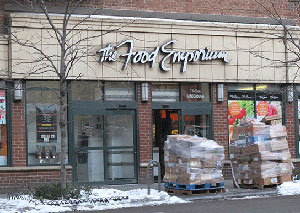 Launches Food Basics discount banner in Canada. Exported to the U.S. in 2001 and begins a slow rollout.

Company sells Eight O'Clock Coffee to a private equity concern for around $150 million. It was the company's last manufacturing concern.

As A&P struggles with the Pathmark integration, Claus is fired and Haub (left) resumes control while seeking a successor.

A&P names industry veteran Ron Marshall as CEO in February, but he is abruptly fired in July and replaced by Sam Martin, an executive with longtime ties to Yucaipa. In December, A&P files for Chapter 11 bankruptcy, seeking to exit dark store leases, close dozens of stores, and renegotiate burdensome labor and supply contracts.

A&P emerges after 15 months in Chapter 11, with 75 fewer stores, newly renegotiated supply and distribution contracts, union workers agreeing to concessions valued at $600 million and a new capital infusion from Yucaipa. Bankruptcy wipes out Tengelmann interests. Martin embarks on a “neighborhood” store merchandising strategy and stars in a television campaign inviting customers back to stores.

Immediately closes 25 of its remaining 300 stores and pursues court-led auction for remaining stores and assets. More than 26,000 workers laid off.