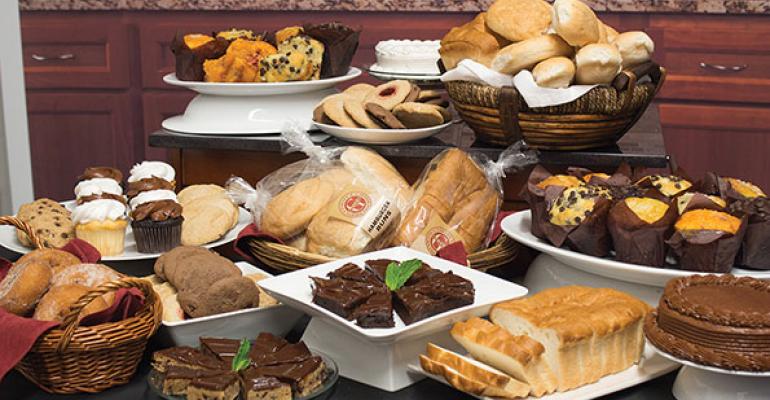 Coborn's gluten-free bakery off to a strong start

Since opening its gluten-free bakery facility in August, Coborn’s has raced to keep up with demand from customers — and even has received requests for products from other retailers.

“We were originally planning to bake in the gluten-free bakery four or five days a week, and we have not been able to do that. We’ve been going seven days a week and long, long hours in order to fulfill all the orders coming in from our stores,” said Rebecca Kurowski, Coborn’s communications manager.

Retailers from other parts of the country have called Coborn’s to request weekly shipments of the gluten-free products.

“There’s a huge demand for this,” said Kurowski. “So I get it. It’s a huge ordeal to bring it to life but boy, I just — I think it’s a great thing for those who need it. Or even those who choose. Some people choose a gluten-free lifestyle just by choice, and the feedback from all of them has just been great.”

Coborn’s first started thinking about how to do fresh, gluten-free baked goods two years ago. The retailer considered shifting one of its in-store bakeries to gluten-free production to supply all 54 stores, but ultimately decided to build a new facility on its corporate campus in St. Cloud, Minn.

The gluten-free bakery is in a separate building from the main central bakery to avoid any possible cross-contamination.

“And even though we had lots of equipment that we could have pilfered from our main bakery, we started fresh with this,” said Kurowski. “Everything is brand new: new ovens and sinks and brand new mixing utensils and uniforms and footwear. Just everything, just to really play it safe.”

Kurowski said entering the gluten-free facility is like scrubbing up to enter the intensive care unit at the hospital. First, bakers and visitors must wash their hands and arms thoroughly. In the next room, workers change into special scrubs-like uniforms that also include special gloves, hairnets, caps and shoes. Visitors must wear booties over their shoes.

Currently, there are three full-time and 10 part-time bakers at the gluten-free facility, but the retailer is working to fill three more full-time positions.

Coborn’s tested hundreds of recipes before deciding on 20 initial items for its gluten-free line, which include muffins, hot dog and hamburger buns, sliced white bread, cupcakes, cakes, bars, cookies and brownies. The products also omit other common allergens, like nuts.

“We just wanted to start with a starter selection, just to see how well it would be received, if there are certain items that seem to be in higher demand,” said Kurowski.

The retailer worked with its supplier, Dawn Foods, on the initial products.

“And so we did work with them to test some of our recipes and test some of the production and we really had a nice collaboration with them to find the right combination of products and that kind of thing,” said Kurowski.

Coborn’s plans to introduce cake doughnuts later in September and is working on some holiday and seasonal items.

So far, the bars are proving to be the best sellers, Kurowski said.

“Here in the Midwest bars are always big, and that’s no different when it comes to the gluten-free community. Our bars are wonderful sellers. And then the breads and the buns are going over very, very well. So many people say, ‘You don’t have to toast it. You don’t have to slather it in peanut butter to disguise the taste. It’s actually good.’”

The retailer has received a great deal of positive feedback from customers.

“And now that this has launched, we’ve had so many wonderful stories coming in from our guests. These heartfelt, handwritten thank you cards and letters, and feedback on our social media has just been through the roof,” said Kurowski.

“And you wouldn’t believe how many folks are sending in their recipes. ‘Oh, I have Celiac, and here’s my orange muffin recipe, and you just got to try it.’ It’s kind of fun. It’s a very sharing, collaborative community. And so our gluten-free friends are quickly winning our hearts.”

Coborn’s is now working on obtaining certification for the bakery from the Gluten-Free Certification Organization, a process that couldn’t be started until the facility was up and running. Independent testers will come in and check to see that products meet the FDA standard of a maximum of 20 parts per million of gluten. The certification process should take four to five months.

One of Coborn’s food safety specialists is also conducting tests on the ingredients that come into the facility and the finished products to make sure everything is really gluten-free.

“We recognize that the health concerns of some of those who can’t have gluten, the consequences are severe for them if they accidentally ingest some,” said Kurowski.

She acknowledged that “some might call [these measures] extreme, but we just call it peace of mind.”