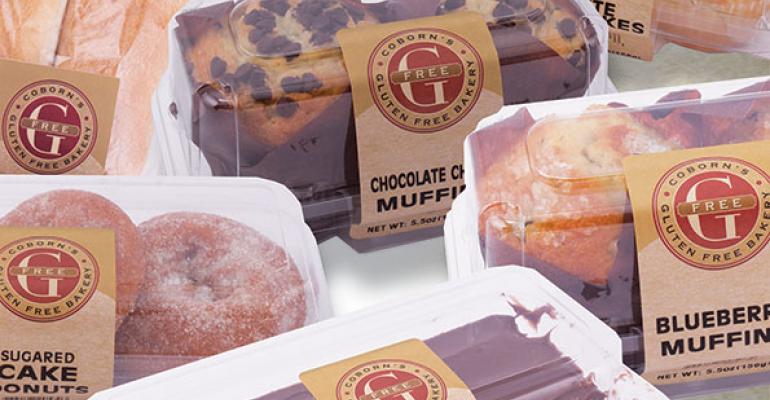 Gluten-free for all: Why retailers are investing in these baked goods

The demand for gluten-free products has transformed supermarket shelves over the past few years. As consumers increasingly seek out fresh, minimally processed foods, though, many retailers wonder how they can keep the momentum going.

For Coborn’s, St. Cloud, Minn., the key is in the bakery department. Last August, the 54-store retailer opened a dedicated gluten-free bakery that began turning out cookies, brownies, cakes and bars, as well as packaged breads, hamburger and hot dog buns. Rebecca Kurowski, Coborn’s communications manager, said the selection has been a hit with the retailer’s celiac and gluten-sensitive customers, many of whom are looking beyond the grocery aisle.

“There are just more and more people looking for gluten-free products, and a lot of them are looking for fresh and not frozen,” she said. “We’ve had more and more requests coming, and it doesn’t look like we’ll be slowing down any time soon.”

In addition to supplying its own bakeries, Coborn’s contracts with other retailers to supply gluten-free baked goods. Kurowski wouldn’t name other supermarkets Coborn’s supplies, but noted that the requests are increasing and that bakery staffers are working on improving their shipping and production capabilities.

Companies like Whole Foods have also deemed a dedicated facility worth the investment. The Austin, Texas-based natural food retailer opened its Gluten Free Bakehouse in 2004 in Morrisville, N.C., where workers continue to turn out gluten-free biscuits, bread, muffins, cakes, pies and pizza crusts that get shipped to stores throughout the country.

Nationwide, gluten-free sales continue to soar. Research firm Mintel noted that sales in the category increased 136% between 2013 and 2015, and are expected to nearly double, to $22.7 billion by 2018. But many believe the trend, after several years of breakneck growth, is beginning to slow down. In a consumer survey issued by Mintel, 47% said they believe gluten-free is a fad, up from 31% who said the same in 2013.

Melissa Abbot, VP of culinary insights with The Hartman Group, Bellevue, Wash., believes the enthusiasm for packaged gluten-free offerings has begun to wane. She said that consumers have grown tired of heavily processed gluten-free goods, and are increasingly seeking out products that are lightly processed or naturally gluten free. This evolution, she said, presents an opportunity for in-store bakeries.

“There is increased demand for individual, higher-quality cookies, brownies and cakes that are gluten free,” Abbot said. “There is considerable white space, too, for higher quality gluten-free or heirloom grain baked goods in fresh bakery.” 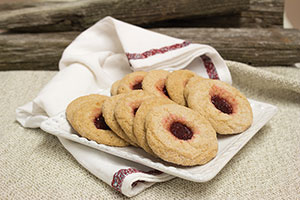 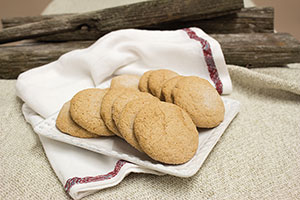 Pastries and other treats that use naturally gluten-free ingredients stand to benefit. At Dorothy Lane Market, Dayton, Ohio, some of the best-selling items are decadent desserts that also happen to be gluten free — like the chocolate ganache tart, made with a macadamia nut shell, and the chocolate-covered strawberry cake, made using flourless chocolate.

Lindsey Lucas, manager of the retailer’s pastry shop, said she doesn’t go out of her way to develop gluten-free items, but will sometimes substitute an ingredient or two to achieve the designation. This way, she said, she appeals to gluten-free customers without alienating those who aren’t gluten intolerant. Over the past several years, Lucas has steadily increased the number of desserts carrying “gluten free” tags.

“We really try to make gluten-free taste good,” she said. “It’s not something I’m going to do unless it tastes good.”

“There’s cross-promotion there because a lot of those folks looking for gluten-free items are also spending time in our natural foods aisle,” said Kurowski.

Coborn’s also recently began featuring displays with gluten-free muffins, cookies and other items at the front of its store. These serve as a way to greet customers while also advertising the retailer’s new selection — not to mention its commitment — to gluten-free.

“When we have those racks right up front, sales have been great,” said Kurowski. 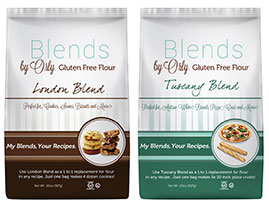 Each blend in this new line of flour mixes is optimized for different bakery products. The “Paris” blend, for instance, is recommended for making cakes and cupcakes, while the “Tuscany” blend is tailored for baking pizza crusts and breads. Available in commercial as well as consumer sizes. 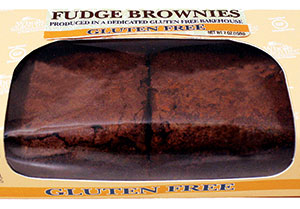 Wholly Wholesome, makers of traditional and gluten-free bakery products, has added its first brownie line to its selection of commercial offerings. The gluten-free treats come pre-cut and pre-baked, and are free of common allergens.