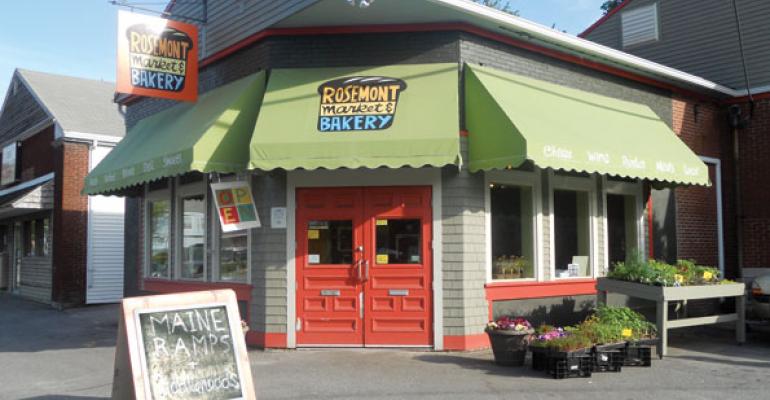 <p> Most of Rosemont Market menu items are house-made with local ingredients.</p>

Independent Innovator: Rosemont Market Brings Back Ways of the Past

&ldquo;Bakery is our flagship department. It has helped us weather the lean times. It sets us apart.&quot; &mdash; Scott Anderson, co-owner

PORTLAND, Maine — Rosemont Market & Bakery is the kind of place a lot of people would like to have at the end of their street.

The colorful wood building has an old-time look. Most menu items are made in-house from local ingredients, and co-owners John Naylor and Scott Anderson put a priority on quality and creativity.

Each of Rosemont’s four locations boasts a loyal coterie of nearby residents, many arriving on foot or by bicycle. But there are those who travel from other parts of the city, too, driving past mainstream supermarkets to buy butcher Jarrod Spangler’s fresh-made rabbit hot dogs or cured beef tongue hash or the kitchen’s house-made savory soups.

“We have some grocery items, but only one brand. Just one of each product that we know is good,” Anderson told SN. “The only salsa we offer, for example, is our own, made right here.” 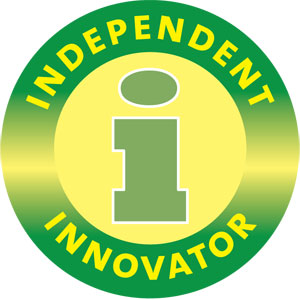 He and Naylor explained that they don’t carry cigarettes or a lot of paper products. It’s all about food and wine, they said — and it has to be good.

“Local” and “fresh” are revered concepts here. “Natural food store” may come closest to defining the carefully and artfully designed Rosemont Market stores, but Anderson said, “They’re just places where we make all the kinds of food we like.” Obviously customers like it, too, because sales keep growing.

The cheerful, helpful employees give Rosemont Markets an aura reminiscent of the early health food stores in which owners and associates displayed almost palpable passion for what they were doing.

Well, this isn’t a health food store, Anderson pointedly said, but passion is a major ingredient in the company’s success.

The owners have put quality above all else. Quality of product, quality of service, even quality of life, Anderson said. 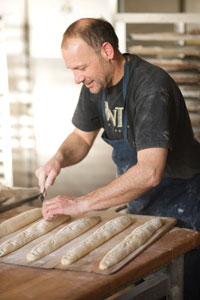 “There’s not a lot of overtime. We close early in the evening. We try to strike a balance. We want our employees to be happy, to have a life outside of here. Our idea is to work as hard as we can without going crazy.” That last sentence is particularly important because if employees are overworked or stressed, they’re too busy to be creative, Anderson added. He said he and Naylor consciously try to provide an atmosphere that encourages creativity.

Anderson comes in at 12:30 a.m. and bakes through the night, turning out 20 different kinds of dough and pastry.

“Bakery is our flagship department,” Anderson said. “It has helped us weather the lean times. It sets us apart.

“We make French-inspired sourdoughs, baguettes, ciabatta, croissants and traditional loaves of semolina, wheat, cinnamon-raisin breads, and we shape our own pretzels.”

The day crew makes savory potpies, lasagna, quiches and other destination items from the dough Anderson mixes at night.

“The soups they make are a huge draw, too,” Anderson said. “We offer two a day — a meat and a vegetarian one.”

The same is true of the sandwich of the day. “Everything is made right here in the kitchen and bakery — a carryover, I guess from when John and I worked together before.”

A crew of 14 employees is dedicated to delivering the fresh-made fare from the store with production facilities to the company’s other two full-range stores — one in another section of Portland and another up the coast a few miles in Yarmouth.

“We have three vehicles and our employees are driving back and forth from store to store to production kitchen three times a day, making deliveries.”

The menu offerings themselves show off the associates’ care. Last week one day, the meat sandwich was beer-braised, pulled chicken on Anderson’s foccaccia with cheddar, red onion, local tomatoes and house-made pickles.

The veggie sandwich of the day, on a house-made baguette, contained provolone, arugula pesto, walnuts, local tomatoes, cucumbers, red onion and mesclun. They retail for $5.99 each.

Giant slices of hearth-baked pizza, at $2.50, are big sellers on the lunch menu.

The bakery may be a stand-out, but as a differentiator it must be rivaled by the company’s recently established butcher shop.

If consumers saw a whole cow being delivered — as is the norm — they’d take notice.

Anderson and Naylor added the butcher operation at the production-center store a year and a half ago, and just recently added an all-fresh-produce operation in downtown Portland.

“The main reason I wanted to add a butcher operation is I wanted to know where our meat was coming from, and how it was handled,” Anderson said.

“We try to stay as local as we can, within the state of Maine, but we get some from New Hampshire, which is right next door.”

A stroke of luck, it seems, brought him Spangler, who had worked a while back at a high-end San Francisco restaurant that did its own meat-cutting. Spangler then had later traveled to Italy where he helped cut meat at cafes in the Alps. There, he just watched and learned every facet of meat cutting — and of meat curing, he said. Just before joining Rosemont Market, he worked at Boston’s The Butcher Shop.

Now, in a space no bigger than 6.5 by 16 feet, in the back of the company’s location that is the production center, Spangler and two assistants break down animals and turn out an impressive selection of traditional Italian, cured meats, including prosciutto and coppa. Coppa is salt-cured pork, ground and put into a casing.

“In Italy, I worked with two talented butchers, breaking down whole sides of beef and other animals.”

Spangler points out that he works closely with his farmer-suppliers.

“I work with five or six pig farms and four or five beef farms, within a 40-mile range. Sometimes I’m fielding calls at 10 at night from pig farmers. I have pigs scheduled through October.”

Naylor and Anderson were working at a small grocer in Portland before they embarked on their own venture.

It was when that grocery operation closed in 2004 that the two decided to open their own.

“We deliberately chose to open the first store not downtown, but out in a residential section [the Rosemont area of Portland],” Anderson said.

The duo has done well as evidenced by the fact that they survived the recession and have expanded.

The most recent acquisition was a downtown warehouse to receive fresh produce for the three Rosemont Markets, but it has turned out to be a produce-only retail operation as well.

“We were running out of space to hold produce, and this is just in the right place, a retail positive area,” Anderson said.

Overall sales have been good, Anderson said, and Spangler estimates the meat business alone has doubled in the last year.

Potential supermarket competition is nearby, but Rosemont’s owners consider Rosemont Market in a class by itself with its unusual selection of house-made food and its own philosophy which honors sustainability and creativity.

“We did get a little worried when Whole Foods, and then Trader Joe’s came into the area, two or three miles away,” Anderson said.

“But we told people to just compare their pizza dough with ours.”

Anderson actually thinks the latter two chains moving in so close might be a benefit to Rosemont Market.

“All these place are good for us. They heighten people’s awareness of food and encourage people to be adventurous.”