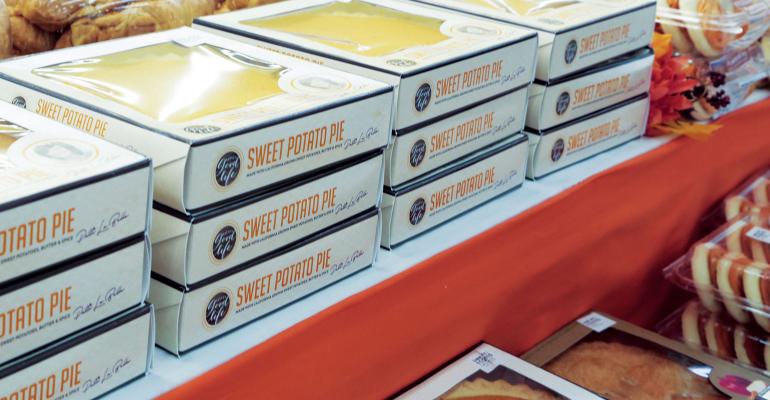 Walmart’s efforts to improve its food profile got an unexpected boost now that a video testimonial to one of its signature items went “viral.”

The company’s new sweet potato pie, based on a family recipe from singer Patti LaBelle, inspired a fan to post an enthusiastic and musical YouTube video review that generated more than 2.5 million views in only a week. A warning to viewers that the video is at times profane. It has triggered a wave of copycat reviews, a subsequent sellout in stores across the country and even some eBay posts advertising the $3.48 pie in auctions for upwards of $40.

Walmart officials this week said they were scrambling to meet demand for the item — now known in social media circles as the #PattiPie — and re-stock it as soon as possible. The retailer was only too happy to join the hype, preparing a reply video addressed to original reviewer James Wright from Kinna Thomas, Walmart’s senior buyer for cakes and pies.

Walmart, it should be noted, had high expectations for the Patti LaBelle pie even before its viral fame.

“What I can say about that is that recipe is fantastic,” Baldwin said of the LaBelle pie.

“We’re seeing growth in pies that way outpacing what’s happening across the rest of the retail landscape because of the attention to detail we’re putting into them and the quality we’re putting into them,” he added. “We’re changing the fruit-fill, changing the packaging, changing the crust. We went back through every bit of it, ate all of them, kept the ones we liked and brought in new ones we liked and as result have a much better offering than we used to have.”