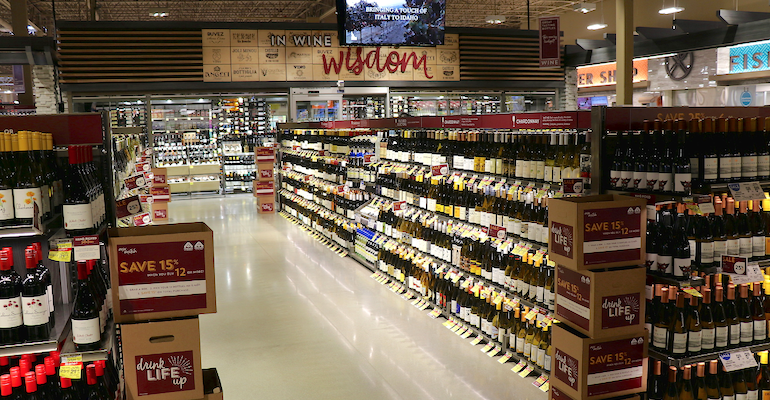 Albertsons
Albertsons noted that Curtis Mann, group VP of alcohol, has helped transform its stores into wine destinations since coming to the retailer in the fall of 2020.
Product Categories>Beverage

Recognition marks a first for a U.S.-based retail executive

Curtis Mann, group vice president of alcohol at Albertsons Cos., has become the first-ever U.S.-based retail executive to win the Taransaud Tonnellerie Award from The Institute of Masters of Wine (IMW).

Boise, Idaho-based Albertsons said yesterday that Mann received the award last month at the 2021 IMW Awards Ceremony in London. The Taransaud Tonnellerie Award is presented annually to the Master of Wine who “exhibits a deep understanding of the production and handling of wine,” according to IMW.

Related: Albertsons adds sustainable wines to its Own Brands offering

“I am thrilled to receive the Taransaud Tonnellerie Award,” Mann said in a statement. “Being able to incorporate a long-time passion of mine into my role at Albertsons Cos. inspires me to use my knowledge to ensure we are providing the best wine selection possible for our customers.”

Mann has served as group VP of wine, beer and spirits at Albertsons since joining the supermarket giant in September 2020 after over seven years at Raley’s, most recently as director of alcohol and beverage.

Related: Albertsons recognized as Wine Enthusiast’s Retailer of the Year

“Since Curtis joined Albertsons Cos. in 2020, he has made innumerable contributions to our wine and spirits department and has truly helped transform our stores into wine destinations,” commented Jennifer Saenz, executive vice president and chief merchandising officer at Albertsons. “His mastery and passion for the craft are demonstrated daily in his role and underscore his team’s commitment to curating high-quality offerings for our customers.”

Institute of Masters of Wine 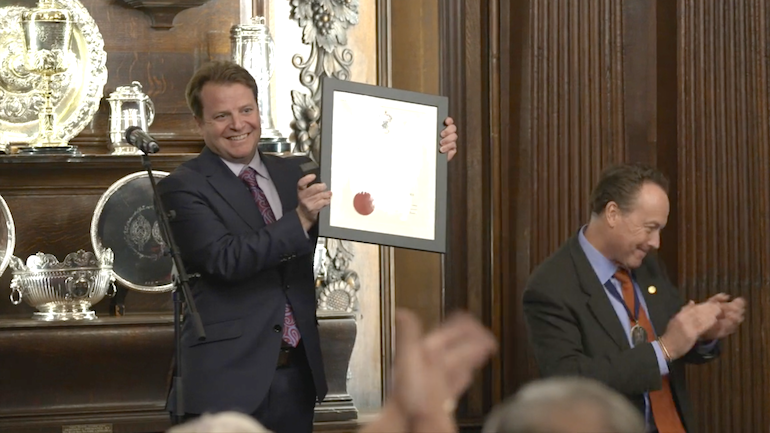 Albertsons' Curtis Mann (left) shows off his Taransaud Tonnellerie Award at the 2021 Institute of Masters of Wine Awards Ceremony in London.

Albertsons noted that Mann has enhanced the retailer’s wine selection and customer engagement. His wine and spirits team provides year-round programming, including virtual tastings, online educational content and in-person events (to resume after pandemice subsides). To improve in-aisle expertise and service, Mann also partnered with the Napa Valley Wine Academy to offer a proprietary certification program to all of the retailer’s beverage stewards. His efforts helped Albertsons become recognized as the 2020 Retailer of the Year by Wine Enthusiast magazine.

A 20-year U.S. wine industry veteran, Mann started his career in hospitality at ZD Wines in the Napa Valley. He later worked as a brand manager for Trinchero Family Estates and then at market researcher IRI as director of wine and spirits insights. From 2013 to 2020, Curtis led the alcoholic beverage category at Western grocer Raley’s, where he became the chain’s first Master of Wine (MW) and reshaped its wine assortment, boosting sales during his tenure at the retailer. Mann earned his MW certification in early 2020 via after taking IMW’s exam, which tests the breadth and depth of knowledge and skills in the art, science and business of wine.

According to Albertsons, Mann is the only wine expert to have won Wine Enthusiast’s Wine Star Award for Retailer of the Year twice — once for Raley’s and once for Albertsons — and he was honored as one of the wine industry’s most influential people by Wine Business Monthly in 2020.

The wine press has noticed his efforts as he is the only person to win Wine Enthusisast's Wine Star Award for Retailer of the Year twice (once for Raley's and once for Albertsons). He was also named one of the most influential people in the Wine Industry by Wine Business Monthly in 2020.

“For more than 10 years, we have had the privilege to award a master of wine for their excellent knowledge in the production and handling of wine. Curtis is a tremendous asset to the wine industry and incredibly deserving of the 2021 Taransaud Tonnellerie Award,” stated Jacquelin de Pracomtal, vice president at IMW. “We are honored to have him as an award winner and look forward to hosting him at Taransaud soon.”