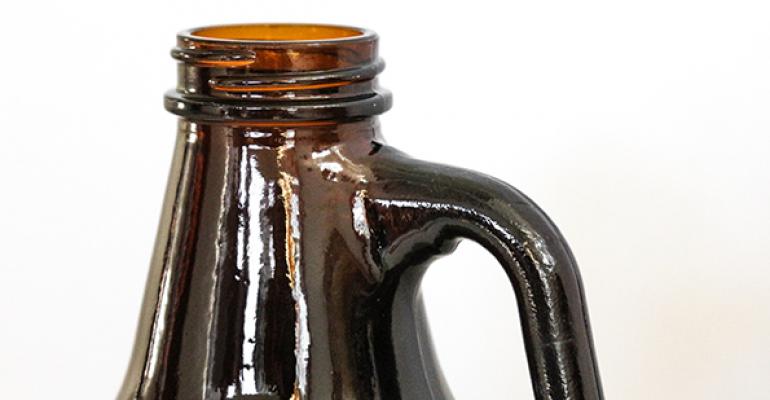 A portable growler dispenser unit is among the innovative beer programs under consideration at Buehler’s Fresh Foods.

A growler unit on wheels would be useful in sampling and recipe events that tie in beer with other store departments, such as meat and cheese.

“It would give us a lot more flexibility,” Ron James, director of beer/wine/liquor for the Wooster, Ohio, chain, told SN.

Growlers are currently offered in three stores. The portable growler unit is being considered at a fourth yet-to-be-named location.

Buehler’s growler stations have eight taps. Many of the growler pours are Ohio craft beers, including those from Millersburg Brewing Co., Brew Kettle, Fat Head’s and Thirsty Dog.

The chain has embraced growlers because they help build bottled and canned sales, said James.

In other beverage news, the retailer just concluded a contest in which a shopper named the retailer’s soon-to-be launched beer and wine newsletter.

The winning name — The Vine and Stein — was submitted by John K., who won a $25 Buehler’s gift card. Nearly 400 people entered the Facebook contest.

The six-page issue is scheduled to be distributed both digitally and in hard copy next week. It will include wine and beer recipes, specials and stories.