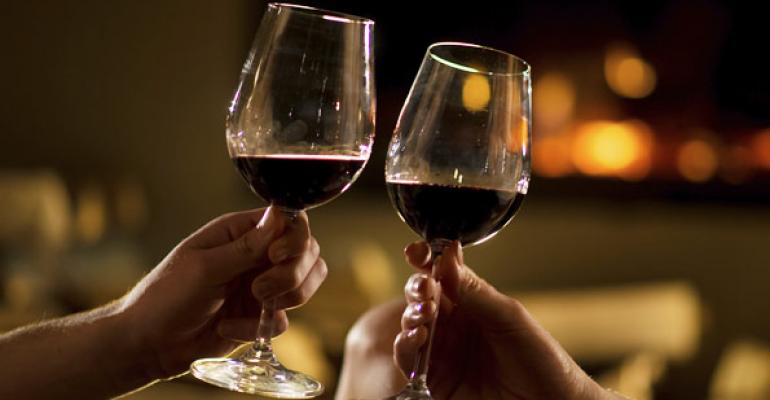 Wine is headed for supermarket shelves in Tennessee in 2016.

The Wine in Grocery Stores initiative was approved in all 78 Tennessee municipalities that obtained enough signatures to put it on the Nov. 4 ballot, according to preliminary voting results.

"We knew through previous polls that close to 70% of Tennesseans were in favor of being able to purchase wine where they shop for groceries and these results confirm that," said Melissa Eads, marketing and public relations manager for Kroger's Nashville Division.

Kroger expects that at least 90% of its Tennessee stores will be permitted to sell wine beginning in July, 2016.

"We expect that number to grow between now and then as we go back into some of these smaller municipalities where it did not appear on the ballot and go through the signature gathering process again," said Eads.

“This is truly a great day for Tennessee consumers,” said Susie Alcorn, campaign manager of Red White and Food. “The voters have spoken, and the wine in retail food stores referendum has passed everywhere it appeared on the ballot. Red White and Food is grateful to its retail partners who supported this campaign on behalf of their customers, the legislative leadership who enabled Tennessee voters to have a voice and the many voters who showed overwhelming support for wine in retail food stores.”

The Tennessee Grocers & Convenience Store Association was likewise pleased with the results.

“Voting results prove what we have known since we started this fight seven years ago: Tennesseans want to be able to buy wine where they buy food,” Rob Ikard, president and CEO, Tennessee Grocers & Convenience Store Association, told SN.

The petition drive was a result of a law signed by Gov. Bill Haslam in March stating that wine can be sold in food stores in July 2016 if voters approve the measure in a local referendum.

The referendums are allowed only in communities that already allow liquor-by-the-drink, liquor stores or both. There are 156 communities in 72 counties across the state that meet that criteria.

To get on the November ballot, supporters had to collect signatures from at least 10% of the voters in each community.

Kroger, Publix, K-VA-T, Food Lion, and Bi-Lo are among the retailers that support wine in supermarkets.

“Our shoppers expect to be able to buy wine with their food. Wine is part of the meal,” John Jones, Food City’s EVP for Knoxville operations, said in an video interview Tuesday with the Knoxville News Sentinel. “The majority of our customers want it.”