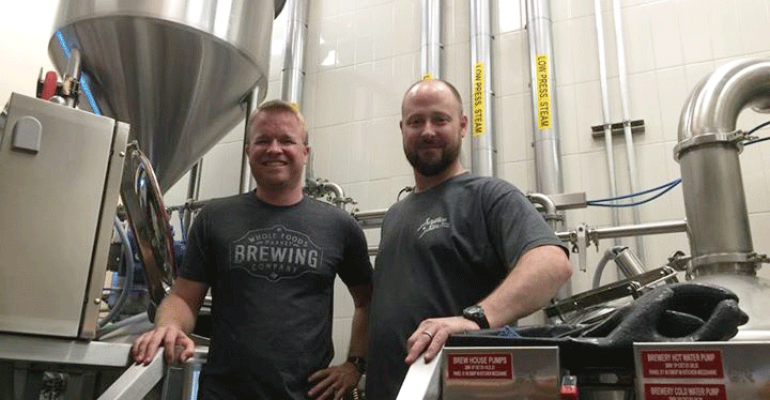 The Whole Foods Market Brewing Co. in Houston has launched another collaboration beer with a Texas microbrewer.

Released last week at an in-house beer dinner, the brew is described as having a light pilsner malt base with hop aromas of peach, strawberry and grapefruit that finishes dry and hoppy.

This isn’t the first time the Whole Foods Brewing Co. — a micobrew pub that operates inside Whole Foods Market's new Post Oak store in Houston — has shown its support of collaboration beers.

Several months ago, it introduced Whole Buffalo Saison, a partnership with Buffalo Bayou Brewing Co., also in Houston. Whole Buffalo Saison is a 7% ABV saison that incorporated Texas grapefruit and coriander along with hops from Germany, New Zealand and the U.S.

A popular trend in the craft beer business, collaboration beers are created through the partnership of two or more breweries. Typically sold for a limited time, collaboration brews are appealing because they let brewers test new flavors and styles.

Posted by Whole Foods Market Brewing Co. on Wednesday, May 6, 2015