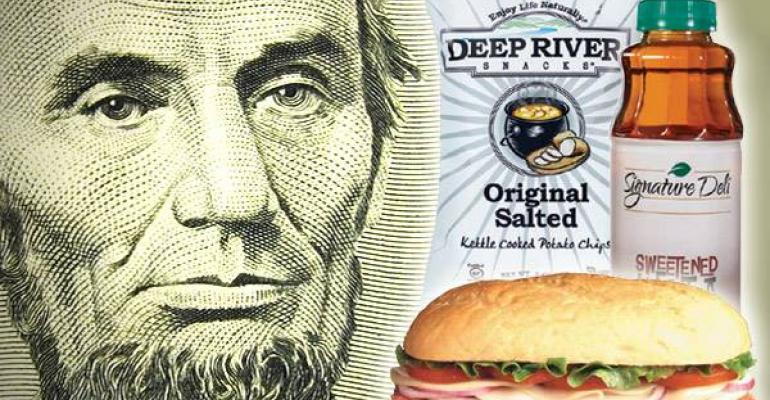 Last week, the Jacksonville, Fla.-based retailer offered two of its Signature Deli private-label pizzas, along with a six-pack of Coca-Cola and a one-night Redbox movie rental for $10.99.

Smile - it's #PieDayFriday! Make sure you hurry in to get this amazing deal for only $10.99. You get 2 Signature Deli...

Under another promo last week, a half-sub sandwich along with its Signature Deli private label tea or lemonade and Deep River chips cost $5.

Do you have a Lincoln in your wallet? If so, lunch is on him today! Stop in to Winn-Dixie and grab a half sub made with...

This week, a six-pack of 12-ounce cans of Coca-Cola costs 99 cents with the purchase of at least 1 pound of its store-made chicken wings. The wings sell for $5.99 a pound and are available in assorted flavors, including Buffalo, ranch, mojo and salt and vinegar.