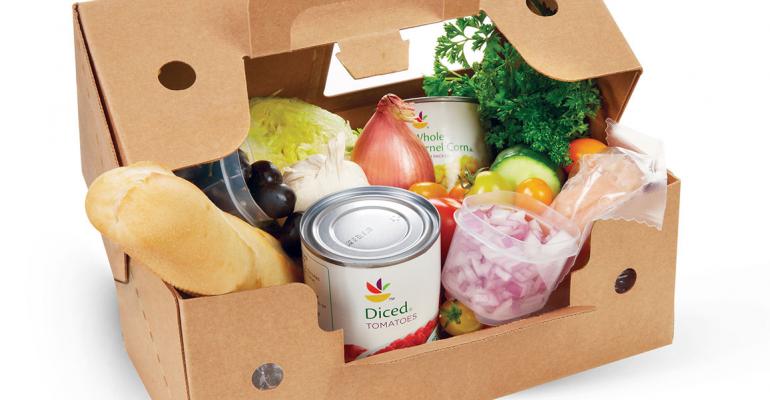 Retailers who don’t want to get left in the dust by consumers need to be thinking about these three areas, according to a recent webinar from FMI and IRI.

Direct to consumer channels like farmers’ markets and CSAs are growing quickly, and if retailers don’t build out their own local farmer networks they will likely be left behind, said Steve Ramsey, EVP, IRI.

Ramsey encouraged retailers to be “all in” by developing long-term relationships with farmers and clearly defining their local proposition.

“Some use ‘Midwest’ as local, even if the farm is hundreds of miles away, while others are exactingly specific about distance, location and time,” said Ramsey. Consumers definitely prefer the latter, and tend to be dismissive of definitions that are overly broad or general, he added.

Another area where consumers are bypassing supermarkets is in ready to prepare meals, via companies that provide pre-measured ingredients with a recipe to cook a complete meal. The largest such company, Blue Apron, earned an estimated $600 million in revenue in 2015 and ships out 5 million meals per month.

“We order from Blue Plate. The box comes from New Jersey,” said Ramsey, who is based in Chicago. He questioned why his local retailer couldn’t offer the same type of meal kit to capitalize on the trend.

Retailers who believe consumers won’t buy fresh foods online are likely missing out on sales. According to Ramsey, 80% of online baskets contain produce, 62% include bakery, 50% contain meat and seafood, and 20% include deli.

“And a message on e-commerce is that if either a retailer or manufacturer lacks a real e-commerce strategy at this point in the game then you are significantly behind the curve and you need to address that as a major strategic priority,” said Ramsey.