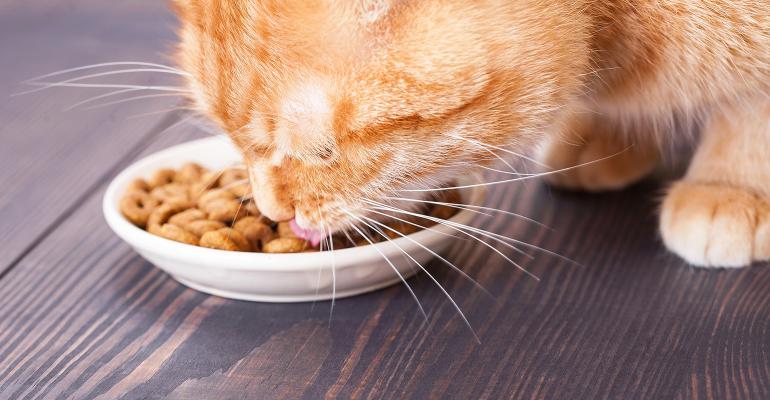 Adventures in pet food shopping: How my cats eat better than I do I can’t afford to eat all my meals from Whole Foods, but two members of my household can.

One of the effects of a Whole Foods opening near me recently was an unexpected disruption in my own shopping patterns: The store became an unlikely destination for cat food.

According to a recent report from Acosta, Americans spent more than $30 billion on pet food and pet products over the last year. I’ve tried my best to contribute as little as possible to that total but haven’t had lot of success. At the insistence of our vet, we now endeavor to feed our cats only “wellness” cat food, joining the 46% of Americans who already do this, according to the Acosta report. Saturn and Mars (our family cats) graze on kibble and share a 3-ounce can every evening. At the specialty pet stores in convenient reach of most of us Brooklynites, that’s an expensive proposition. It’s not at all unusual to surrender more than $20 for a five-pound kibble bag, and good luck finding any single can priced under $1.19 a pop. Even a few attempts with online specialty providers didn’t result in the kind of cost relief I’d feel better about. That was until I found relatively affordable brands, of all places, at Whole Foods.

As it turns out, the Deck Hand brand canned food — $1.99 for a three-pack or about half the per-can price of the specialty stores — is an exclusive brand at Whole Foods and comes with the feel-good benefit of supporting sustainably-caught fish. The food itself is the red-meat portion of the Pole & Line brand white tuna available in the human-food aisle. As for kibble, we settled on the Whole Paws private brand – a small savings at $9.99 for a 3.5-pound bag. While Whole Foods also carries more expensive premium brands, our guys don’t seem to have noticed a difference, but my wallet sure has.

2. Please wait to be seated

We’ve known for some time that “three squares a day” is no longer the shape of how we eat here in America. Kroger has done the math and determined its shoppers are eating about twice as often — 35 to 45 times a week, CEO Rodney McMullen said in a conference call this week.

McMullen has begun talking about positioning Kroger to capture each and every one of those eating occasions — and not just the ones that occur in its traditional wheelhouse of when shoppers eat at home. This evolution is taking place not only through assortments in stores but also through formats (Main & Vine, Lucky’s) and shopping methods (ClickList) that are also being invented and evolved. Does this mean Kroger will also get into the restaurant business? Maybe not directly, but if it wants to make a dent in those 35 to 45 weekly dining occasions, it’s going to go after some of those times when consumers dine in restaurants. 3. You mean you forgot cranberries too?

Congratulations to newlyweds Charles and Mary Tinson, who tied the knot last week at the same time and place they’d fallen in love four years earlier: At a Harveys Supermarket, in Albany, Ga., on Thanksgiving Day.

It was then that Charles, recently returned from a military engagement in Afghanistan, made a quick run to his local Harveys in search of cranberries to accompany a holiday meal and while there encountered Mary, an old acquaintance who also happened to be doing a last-minute shop.

The chance meeting and subsequent romance, which may have been foretold in the 1982 Waitresses’ holiday classic “Christmas Wrapping,” culminated in last week’s ceremony in which Mary walked the aisle — the canned goods aisle be precise.