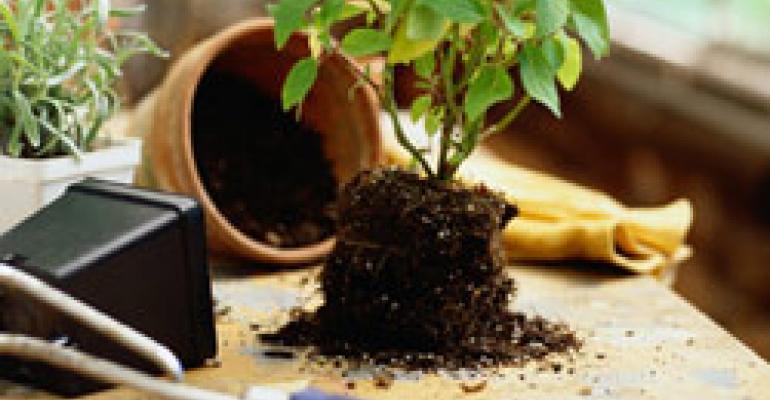 With food prices on the rise, retailers are trying to stay ahead of the game by diligently tracking shopping habits in stores — what people are buying, how much, and how often. That’s a crucial step, of course, but it’s not the only place to look for helpful insights. Take, for example, an interesting new trend that’s (literally) cropping up outside of stores.

And not just outside of stores, but in the great outdoors, where more and more people frustrated by high prices are growing their own food. As The Associated Press reported earlier this week, W. Atlee Burpee & Co. — the country’s largest seed provider — has doubled its seed sales between this year and last. And according to the National Gardening Association, people spent $1.4 billion on vegetable gardens in 2007 — a 22% increase over the previous year.

Food prices aren’t the only cause of this green thumb growth. People are also inspired by the popularity of local and organic, and by the fact that growing your own produce creates a carbon footprint of approximately zippo. Urban farming seems to have taken hold, as has front yard gardening, as my colleague Bob reported in a recent issue of SN Whole Health.

But let’s go to the expert. Bruce Butterfield, market research director with the National Gardening Association, attributes the gardening surge to a combination of factors: “I think part of it is people feeling like, ‘Well, I can’t do anything about gas prices or food costs, but I can feel good about doing something for myself like planting a few vegetables,’” he said. “There’s also this whole buy local and slow food initiative right now, and I also think there’s been more emphasis lately on eating fruits and vegetables.”

Supermarkets might see all of this as worrisome, since more gardens would seem to equal less produce sales. But that’s probably not the case. If anything, managers should look at this as an opportunity. People want fresh, locally grown food at a reasonable price. Retailers can stand on the sidelines, or they could give the customers what they want. And maybe throw in some seeds to boot.