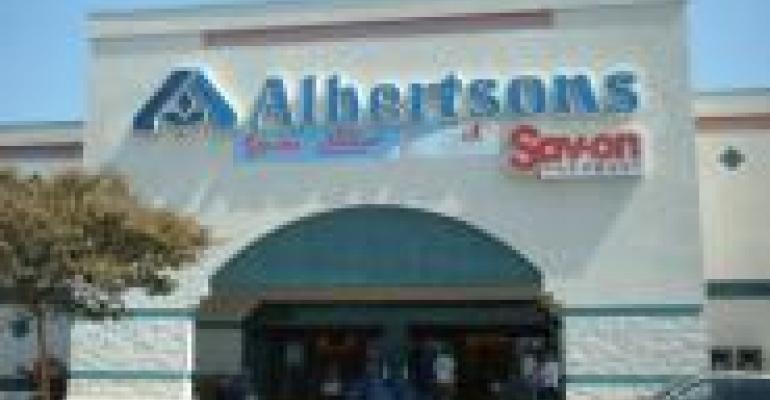 When it comes to reducing solid waste, supermarkets should rightly consider themselves lucky. Compared to other industries, food retailers have a lot of potential gold to work with: Meat scraps, culled produce, pallets and cardboard to name just a few nuggets.

Such organic waste can be turned into cash, either directly (by selling it to a third party as compost material) or indirectly (by lowing the cost of disposal for whatever’s left in the dumpster). With total-store, net profit margins hovering below 2%, supermarkets are wise to pursue any relief they can by reducing the amount of trash that needs to be hauled away.

Enter Albertsons. The chain, sold in 2006 and subsequently split up between Supervalu and a group of investors, is being feted for becoming the first supermarket to attain "zero waste" certification from the U.S. Environmental Protection Agency. Two stores in the Santa Barbara, Calif. area, both owned by the Supervalu side, are currently recycling, reusing or composting 95% of all waste products — well above the 90% zero-waste threshold set by the EPA.

A 2008 white paper from the Coca-Cola Retailing Research Councils of Europe, North America, Latin America and Asia found that the modern supermarket possesses an ideal sustainability environment, because it provides several intercepts in which waste can be diverted, from the warehouse, straight through to the front end. The Food Marketing Institute currently offers a "start-up kit” designed to help retailers develop recycling/reuse programs.

Albertsons has a long history of recycling. I remember reporting back in 1997 that Albertsons earned $12 million from the recovery of 161,000 tons of corrugated from its stores. The retailer would have had to sell $240 million worth of groceries to net the same amount.

More recently, we’ve reported on other operators undertaking unique ventures to reduce their solid waste. In one prime example, a retailer is having its meat and produce scraps turned into compost, mixed with soil and fertilizer, and sent right back to the store and put on sale. Consumers like the idea and are supporting the program with purchases.

Another retailer dumps all of its organic food waste into a biohydrator that mixes the scraps with shredded plastic and bacteria to create grey water, rather than simple waste water.

These Albertsons also donate unsalable (but still usable) food to local food banks and community outreach programs. The stores employ the Albertsons Fresh Rescue Program to donate on average roughly 150,000 pounds per year of food. It’s efforts like this that demonstrate the many ways in which a retailer can define “sustainability.”