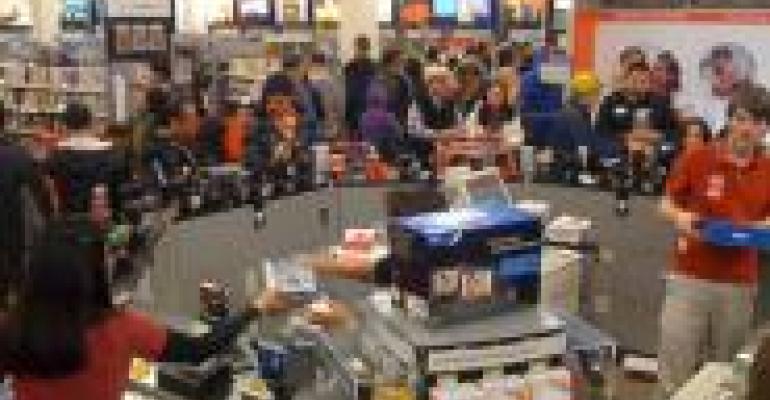 The speaker is a consumer talking about the way they shop, and the comment, recorded by researchers as part of Deloitte’s 2011 American Pantry Study, pretty much sums up the national sentiment going into the holiday season.

“Resourceful” and “precise” are two of the words the study found to match this quickly emerging class of shoppers. A full three-quarters of survey respondents said they’ve become smarter shoppers over the past year, and nearly nine in 10 believe they are more exacting in what they want and buy.

“We see this as more than a shift in consumer attitudes and behavior,” Deloitte executives said. “We see a fundamentally changed consumer marketplace paradigm.”

Of course, the Great Recession was the change factor, the vector that infected a great majority of the shopping public. The survivors have become erratic, unpredictable and nearly untraceable as they switch brands, switch channels, and switch stores in search of better deals, savings and more value.

Far from feeling victimized, however, the study found that recession veterans feel a good bit of well-earned pride, that “their personal economic challenges have been challenges well met – their confidence has risen as a result.

“In short, cutting back has made them feel smart, not deprived,” researchers wrote.

So, what can retailers expect going into this holiday season? We’re already seeing a lot of it. The day after Halloween stores launched their Christmas ad blitz, promising discounts, promotions and surprises as the weeks progressed. And there’s been an almost obsessive amount of prediction and projection going on: How good will this year be? What’s the break-even point? Which stores are adding lay-away? Why are Denver-area Targets opening on Thanksgiving?

Here’s one more prediction: Many of the queries will prove to be superfluous — for the very reasons mentioned in the Deloitte poll. Retailers are faced with a new consumer that simply thinks it’s fun to treasure hunt and count the savings with loyalty cards and coupons (81% of those polled), not to mention those who simply feel they need to cut back even though their circumstances don’t require it (55%).

More than ever before, stores are again being transformed into a playing field, “one in which consumers and marketers do battle over surplus margins, where surplus margin is the difference between the regular price and the discounted effective price,” the authors found.

With the massive push to promote holiday bargains and margin-crushing incentives, the retail industry has largely brought this burden upon itself. And for those who forget the new rules, the study noted that eight in 10 consumers believe “they have become more efficient at getting in and out of the store.” Come January 2nd, it will be interesting to see which operator was most effective at capturing the sale.