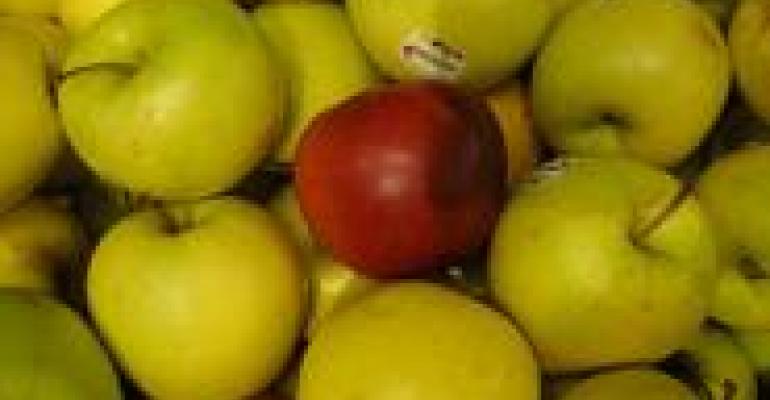 The produce department may be the freshest, most colorful section of the supermarket, but it’s what lies beneath that has a growing number of shoppers concerned.

Yesterday, the Environmental Working Group released — to much fanfare — its latest produce pesticide report for consumers. Based on testing conducted by the U.S. Department of Agriculture, the report includes a “Dirty Dozen” list of the twelve most pesticide-heavy fruits and vegetables. The main culprits are apples, followed by celery and strawberries. All three show pesticide residues in more than 90% of the samples taken.

Not to be all doom and gloom, the EWG also released a “Clean Fifteen” list of conventional produce items with the least amount of pesticide residue. Onions, sweet corn and pineapples took top honors.

The lists got a lot of media play, from CNN to The Wall Street Journal, and people have taken to the comment boards to fire up the old organic-versus-conventional blast furnace. The EWG’s message, however, tries to be practical. It suggests that people reduce their pesticide exposure by buying organic versions of items listed in the Dirty Dozen list, and then conventional versions of the cleanest items.

But is the EWG’s report fair? Only one-third of 1% of the pesticides detected by the USDA violate guidelines set down by the Environmental Protection Agency. The science connecting pesticides to health problems is also fairly thin right now, and so the EWG doesn’t advise sacrificing fruit and vegetable consumption at the cost of avoiding pesticide exposure.

Certainly, this isn’t the last word on balancing produce and pesticides. The message of transparency is an urgent one, however. In this age of heightened awareness and distrust of processed and unfamiliar ingredients, a wide range of consumers — not just organic and all-natural advocates — want to know what they’re putting in their bodies.