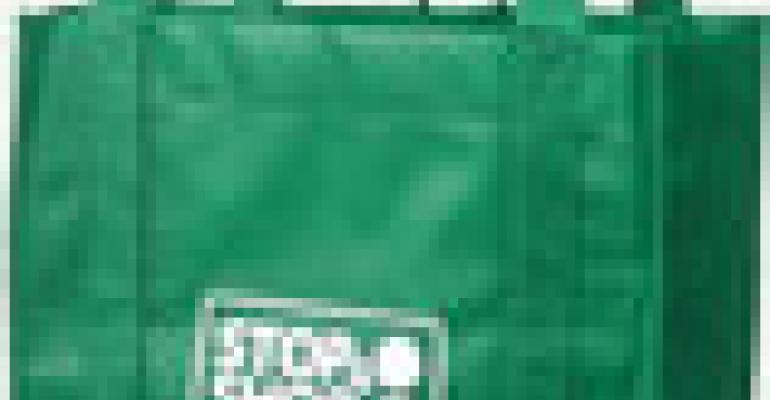 It took a bit of coaxing, but eventually retailers warmed up to the idea of selling reusable bags. It's a snazzy bit of green marketing, companies figured — a simple, cost-effective way to say, “we care about the environment”. That much was easy to figure out.

But did anybody really see these bags as a hot sales opportunity? Well, if they didn’t previously then they will now: According to the NPD Group, sales of reusable shopping bags increased by 72% between May 2007 and May of this year.

The more you think about it, the more this makes sense. Buying a reusable bag is one of the easiest “green” decisions that a consumer can make. There’s no trying to figure out which is the most sustainable or the best value, or which one truly offers a fair wage to workers in developing nations (though that may not always be the case). Often, the only dilemma is: Which color should I choose?

The Cincinnati Enquirer reports that Meijer has sold 800,000 bags in its 182 stores since last October. Kroger, which sold 2.5 million bags last year, expects to sell 10 million this year. Other retailers are rolling out promotions and bag design contests. The creative possibilities, it seems, are numerous.

In the end, reusable bags may become a necessity. Cities like New York, Los Angeles and Seattle have either passed or are debating plastic bag bans and fees. That’ll be interesting to follow, but it shouldn’t take legislation to get retailers to offer alternatives, especially now with all the profits out there to be…. bagged.