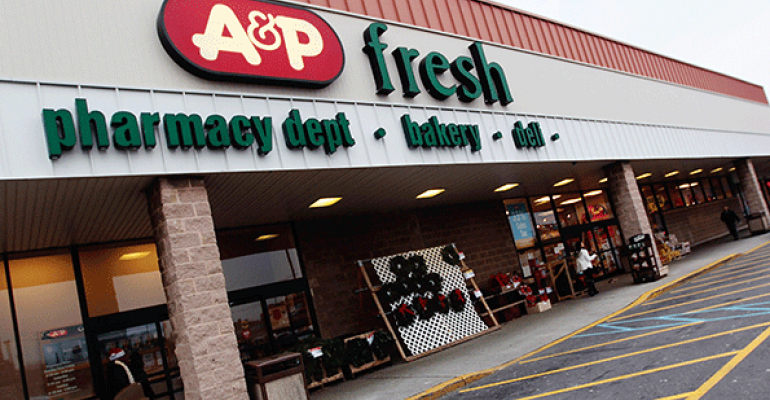 Happy Thanksgiving! It was one year ago this very day (the one before Thanksgiving) when the last of A&P’s owned stores closed for the final time, wiping out an iconic food retailer after more than 150 years in business.

Or as WKRP’s Les Nesman famously described another pre-Thanksgiving disaster, “The turkeys are hitting the ground like bags of wet cement.”

In both cases, cleaning up the mess left behind wasn’t easy.

A&P at the time of the bankruptcy that killed it was doing some $5.3 billion in annual sales, yet according to Key Food’s analysis, just 39% of that, or $1.7 billion, have been re-absorbed in the marketplace by food stores. This shift happened even as well more than half of A&P’s 297 stores — 182 stores to be precise, or 61% — wound up under a new food store operator. What happened to all those sales? Quite simply, they went someplace else, particularly as A&P sales and traffic plummeted like turkeys from a helicopter between its July bankruptcy announcement and its Thanksgiving last stand. Janeway for his part was proud to share that the 24 stores Key Food acquired in bankruptcy auctions last year today are doing somewhere around 85% of the volume they did under their previous owner. And since last Thanksgiving, Key Food and its members acquired an additional 10 former stores though deals directly with landlords, and from an independent acquirer who subsequently joined the co-operative. Janeway said he expected to add another eight units through deals with landlords in the coming year.

That A&P’s New York market had excess capacity to squeeze out was evident not only in A&P’s implosion but in subsequent struggles of food retailers around the area over the past year, including Fairway Markets, Mrs. Green’s and D’Agostino Supermarkets to name but a few. It’s hard not to imagine a similar fate awaits the turkeys in the U.S. Southeast, where Harveys and Food Lion are reinventing; Wegmans, Publix and Lidl are coming; Aldi, Harris Teeter and Kroger are growing; and where Walmart is once again flexing its pricing muscle.

Let’s check back next Thanksgiving.