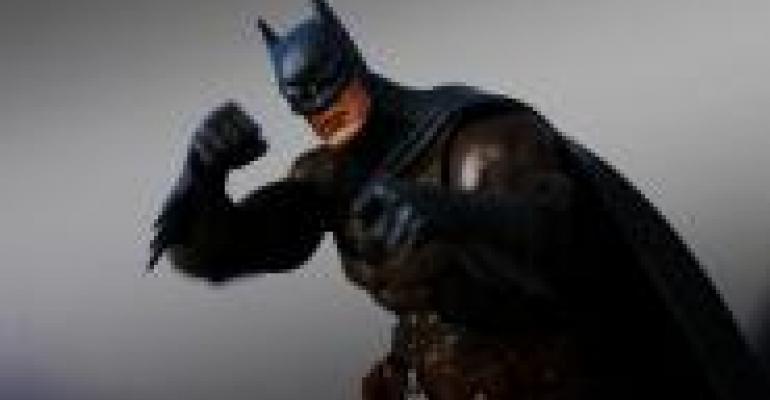 Batman to the Rescue

Every year, Harold Lloyd, former retailer, restaurateur, and now consultant, has opened his presentations at IDDBA’s annual Dairy-Deli-Bake seminar/expos with something zany.

This morning was no exception. He walked onto the stage, amid appropriate sound effects, in full Batman costume. As he strode back and forth, offering suggestions for “Building Awesome Transactions,” nobody was nodding off. His seminar was called, “Holey Donuts, Batman! Two Dozen Ways to Raise Dairy-Deli-Bakery Sales Without Spending Too Much Dough.”

While Batman can accomplish just about anything, even he’d have a big challenge getting associates to interact with customers, Lloyd said. Doing his own research, although it was admittedly imperfect scientifically, Lloyd found that deli-bakery associates in his area [Virginia Beach, Va.] all failed to say more than “May I help you?” when his researchers approached the service counter. Some didn’t say anything. After waitng three minutes, the researchers left. [See story in Fresh Market section of 6/8/09 SN].

He went on to make a number of suggestions that might make it easier for associates to have some kind of dialogue with customers. Here's one. He said name tags could be used to say something, anything, that would start a conversation. He described one he saw a while back pinned on a deli associate in Florida that said, “My name is Chuck. Ask me about spear-fishing.”

The fact is that anything at all that would generate even a short exchange between associate and customer would help build sales, he said.