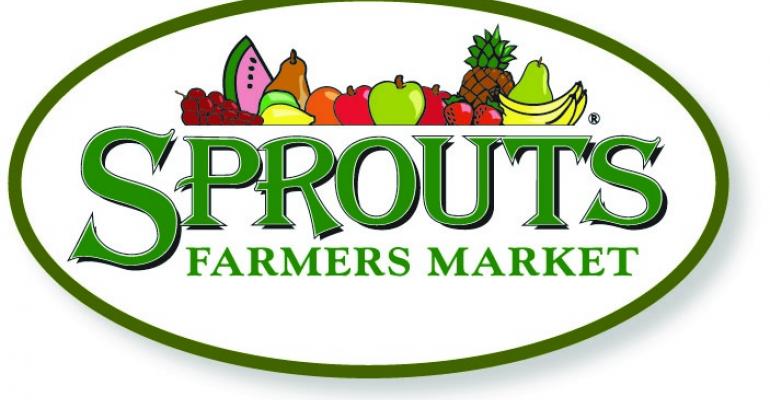 The long-rumored merger between Sprouts Farmers Market and Sunflower Farmers Market is now officially pending: a deal has been reached and the process has begun. Pending regulatory approval, the deal is expected to close in the second quarter of the year. If you missed this story when it broke, you can read it here. Bob Vosburgh of Supermarket News and I also talked about the merger last week at Natural Products Expo West 2012.

In the interest of full disclosure, I am privileged to have a good number of strong professional and long-time personal relationships with people on staff at both Sprouts and Sunflower. I respect and admire what both companies have done in their short (about 10 years each) history. My analysis of the situation, however, is from a third-party perspective. I have not asked for, nor have I received, any additional information or insight from the companies.

What happens next for Sprouts/Sunflower?

Technically, Sprouts, the majority of which is now owned by the Apollo Global Management, a private equity firm, is purchasing Sunflower. The companies, however, are referring to this as a merger, which shows great respect for not only the Sunflower stores and staff, but also for their customers. Once the companies are combined, they will have about 150 stores and annual sales approaching $2 billion. Sprouts has published a website about the deal for its customers.

Apollo has previously invested in GNC and in Smart & Final (a West Coast grocery chain) and is familiar with natural products supplement and food retailing. Smart & Final was the chain that owned the Henry’s and Sun Harvest stores prior to their merger with Sprouts in 2011. In the past, Apollo has also invested in both Dominick’s (now part of Safeway) and Ralph’s (now part of Kroger).

Once the regulatory approval is given, the transaction is expected to close quickly. I’ve heard a target date of mid May, but have not seen that in any official communications from Sprouts or Sunflower. Until that happens, it is business as usual for both chains.

After that happens, the announced plan is for the Sunflower stores to be converted to the Sprouts name. That part is easy. Standardizing the product mix, pricing, advertising and promotional programs and operating systems will keep the Sprouts team, in all departments, quite busy through the end of the year.

Changes to the natural retail landscape

Right now, while nothing is changing in the retail marketplace, if one were to listen closely enough, he or she could hear the distinctive noise of dozens of pencils being sharpened. Sprouts and Sunflower have different primary distributors. One can be certain that both of them are working on proposals to become the primary for the new, larger entity.

It is also reasonable to assume that other distributors are putting together proposals to win the merger's business, as well. I expect Sprouts will have at least four and as many as six offers on the table. Both companies have broad and well-developed private label brands; I am sure that this same proposal-generating activity is taking place with these vendors. If one were to dig a little deeper, he or she would uncover that some brands featured in one chain are not featured in the other. Pencil sharpening and proposal writing are going on here, too.

If you are a retailer that competes with one of these chains—or will be doing so as they grow—it does not look like any changes to their marketplace strategy are planned. In fact, the strategies of both companies, spelled out in their marketing slogans, are quite similar. Sprouts is using “Healthy Living for Less” while Sunflower has used “Serious Products, Silly Prices” for many years. Both are about quality products and low prices.

If you are competing with them, you know that they do a great job of sourcing quality products and selling them at attractive price points. You have to make the conversation in your market not be about price. At the same time, you cannot be ignorant of the strong price points that they will be featuring.

Jobs will be lost

A sad feature of mergers is that good people, primarily at the Sunflower offices, are going to lose their jobs. The same thing occurred when the Sprouts-Henry’s/Sun Harvest merger took place. I bring this up to make a single point: Those who are losing their jobs because of this merger are not losing them because they did a poor job.  Quite the contrary, they are losing them because they did a good job, so good that someone wanted to—and did—buy their company.

If you are hiring for any role in this industry—retail, manufacturer, distributor, broker, etc.—and you see on a resume that an applicant has previously worked at Sunflower or Henry’s/Sun Harvest, please give them extra consideration. They were a part of a very good retailer and can bring valuable skills and insights to your company.