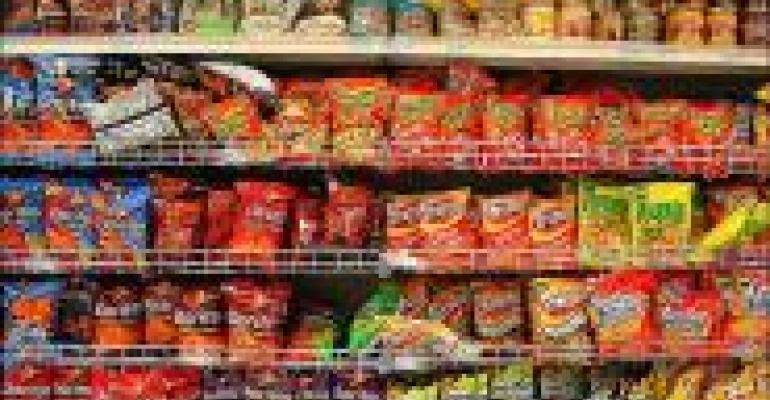 In 2011, Frito-Lay will reduce sodium in several of its flavored potato chips by 25% through a combination of less topical salt and fewer ingredients that contribute sodium. If measured on a salty scale, the products would lie halfway between regular chips and Frito-Lay’s Lightly Salted snacks.

It’s positive news for those watching sodium intake, but not necessarily for Americans more attuned to mindless snacking during a weekly marathon of TV football. In a category where the operative word is “salty,” a core group of consumers just don’t want their favorite national-brands messed with.

At least that’s the consensus among marketers who’ve decided not to publicize the changes on-pack. Just as General Mills avoids consumer backlash with a series of barely-noticeable reductions to sugar in its cereal, Frito-Lay thinks it best to tip-toe across taste buds with its slightly blander chips. That is, unless you’re in the market for lower-sodium offerings to begin with.

That’s why the company is enlisting help from supermarket dietitians. The hope is that they’ll convey Frito-Lay's covert messaging by suggesting its lower-sodium snacks during high blood pressure store tours and other interactions such as those with gluten-free consumers.

Speaking of which, beginning next year Frito-Lay will begin claiming as gluten-free many of its core products that naturally don’t contain gluten. Items that have been validated internally to comply with the FDA’s proposed gluten-free rule will feature a small icon. But other than that Frito-Lay will keep mum on the subject.

Again, it’s counting on dietitians for consumer outreach — so much so that it brought representatives of several chains to its Plano headquarters for a Supermarket RD Insights Summit last week. I attended along with dietitians from Bi-Lo, H-E-B, Kroger, Weis Markets, A&P, Wegmans, Supervalu, ShopRite and Hannaford.

The dietitians agreed that questions about gluten-free foods top the list of consumer inquiries, so manufacturer product lists with straightforward facts about attributes such as whether or not items contain gluten are desirable.

But another important distinction seems to be whether the product was naturally gluten-free to begin with or reformulated for compliance. Otherwise you might open a very large can of worms.

The Gluten Intolerance Group of North America suggests leaving naturally gluten-free items, like bottled water, off gluten-free product lists. It’s not because gluten-intolerant shoppers might have their intelligence insulted. Quite the opposite, according to dietitian and executive director of the GIG, Cynthia Kupper. She said that, when presented with a bottle of gluten-free water, shoppers with celiac disease were not outraged, but worried that all other waters contained gluten.