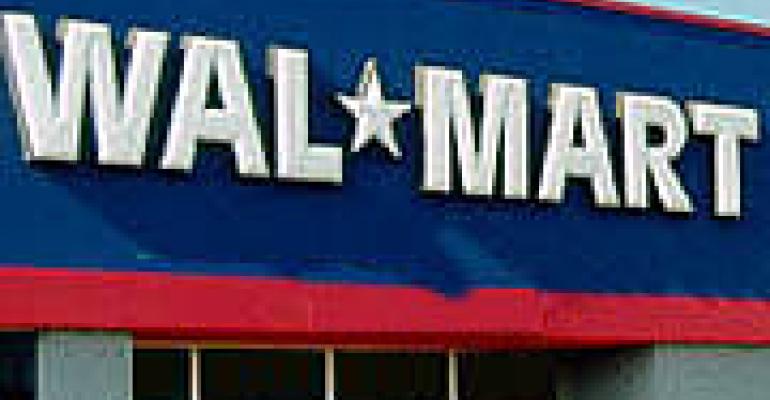 We’ve already touched on Wal-Mart’s sustainability drive a couple times since starting this blog last November, and we certainly hate to be repetitive. But given the company’s industry clout and the rate at which they’re rolling out these initiatives lately, the subject deserves to be revisited.

Just yesterday, the Bentonville retailer announced it would start sourcing wood for its products from sustainable, certified sources. Teaming up with the World Wildlife Fund, Wal-Mart will conduct a yearlong survey of its supply chain, then start weeding out anything that involves unscrupulous or environmentally destructive harvesting practices. The company estimates that it will take five years to transition everything over to these standards.

Barely pausing for a breath, Wal-Mart then today announced a new line of sustainable, traceable jewelry. Customers who buy anything from the Love, Earth collection can go online and track their purchase back to the mine where it originated, and also find out about the supplier’s labor and environmental practices. Wal-Mart hopes to make this a trend in its jewelry business, aiming to hold 10 percent of its offerings to sustainable standards by 2010.

There’s more, of course. Wal-Mart is also increasing its selection of local produce, sourcing more organic cotton, transitioning to 100% sustainable seafood, and selling only hormone-free milk. Among other things.

In making this commitment to ethical, eco-friendly retailing, Wal-Mart has seemingly become a gentler giant. It’s unclear whether this comes out of genuine conviction, or whether the company’s massive growth of years past backed it into a corner. Wal-Mart did garner a considerable amount of animosity on its way to the top, after all. It also remains to be seen how effective these measures will actually be within the company’s supply chain.

What is clear, however, is that these sustainable initiatives send ripples through the supermarket industry. Wal-Mart has the power to alter the supply chain and influence fellow retailers, and that could end up being a very good thing for this world.