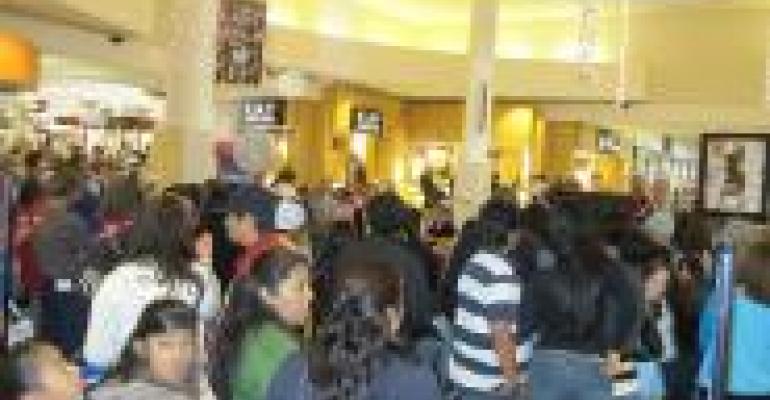 Oh, the lore that has been built around the day after Thanksgiving — the midnight lines outside of the stores, the door-buster sales, the mad dash to get one of the first hundred flat-screen television sets being offered. Black Friday! The whole thing is almost bigger than the holiday itself.

Black Friday is so-called because it’s the day that traditionally marks that time of year when retailers begin earning a profit. Before the craziness (B.C.), stores opened early – sometimes at 6 a.m. (remember those good old days??). Now most stores open at 12:01 a.m. on Friday. One big retailer has even been the subject of an employee-led protest for planning to stay open right through Thanksgiving.

In recent times, Black Friday has acquired a competitor — Cyber Monday, the day when online retailers hold their biggest sales of the season. This is the moment that’s preferred by those who couldn’t get what they wanted in stores over the preceding weekend, or others who just didn’t bother venturing to the stores in the first place.

That’s a smart decision: Some 152 million people are expected to shop over the 3-day Black Friday weekend, according to the annual prediction posted by the National Retail Federation. The number represents a 10% increase from last year, and is based on a survey of 8,500 consumers.

But don’t panic. It’s not requisite to join the throngs coursing through the malls on Friday or fighting overwhelmed websites on Monday — there’s now a new theme day on which to do some holiday shopping, and it has the added benefit of being good for ecology as well as the economy.

Welcome to Green Tuesday. Granted, it’s being promoted by a single website business, GreenDeals (which was created by the nonprofit Green America organization to help eco-friendly businesses find a sales platform). The site announced it will be offering special deals for the week starting on Nov. 29, the first "Green Tuesday."

The Groupon-like site offers discounts and deals from local and national green online businesses that are approved by Green America, usually one every day or two. Jewelry made from dismantled nuclear bombs, indoor mushroom garden kits and Fair Trade clothing will be among the featured gift ideas.

In support of Green Tuesday, GreenDeal’s director Jonah Mytro cites a number of studies showing that consumers are receptive to making the day a new holiday tradition:

* 80% of consumers are likely to switch brands, similar in price and quality, to one that supports a cause.

* 54% of shoppers say they consider elements of sustainability (sourcing, manufacturing, packaging, distribution, product use, disposal) as they select products and stores.

* 92% of mothers want to buy a product supporting a cause. They are also more likely to switch brands and have purchased more cause-related products in the past year than any other demographic. (see the Cone 2010 Cause Evolution Study link above).

Since it was launched a year ago, GreenDeals has offered deals on more than 150 products and services, and has signed up more than 160,000 members.

Let’s hope everyone reserves a little energy and cash to spend on the Green Tuesday. Just think — no crowds.