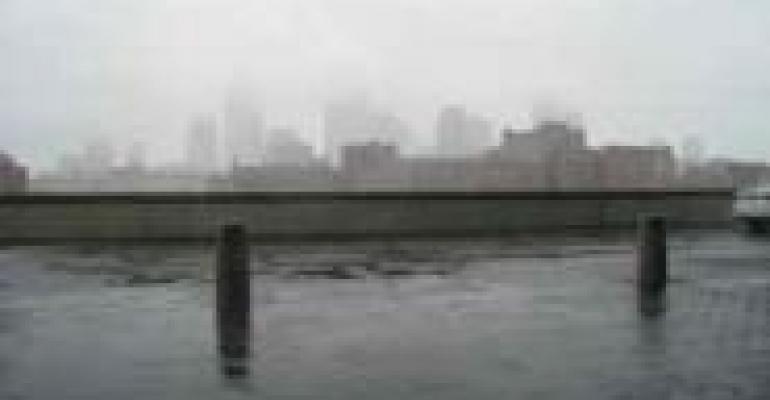 Bright Amidst the Slush: Visuals on the Floor

So technically I think it snowed yesterday, the second day of spring, but it seemed more like it was slushing from the sky. The grey made Boston’s brick buildings look stately and imposing.

The expo floor inside the convention center, however, was lively and colorful with an increase in exhibitors. At the “How to Sell Seafood During the Recession” panel Phillip Walsh, VP of business development

at Alfa Gamma Seafood Group said there are 110 more booths at the floor this year compared with last year.

With the nautical decorations, some aspects of the floor felt Coney Island-inspired.

There was a boat-shaped booth, at least two lighthouse booths, and smaller stalls resembling carnival game booths (perhaps not intentionally). On Sunday, US Farm Raised Catfish even had someone dressed like a catfish, waving and taking pictures with passersby.