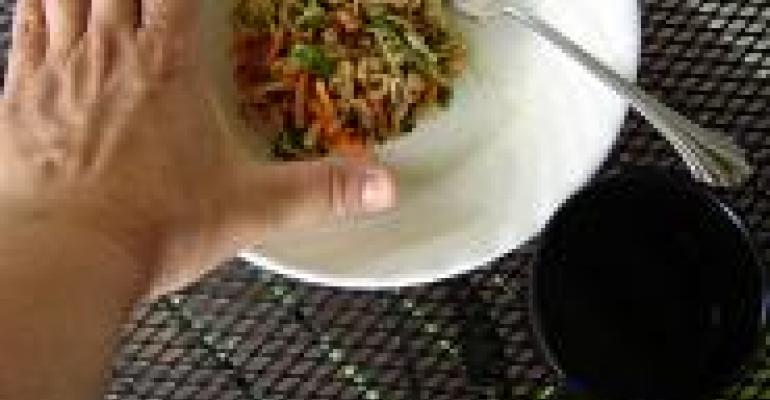 All nutrition information starts with the calorie. Whether it’s a protein or a carb, a gram or a pound, the calorie is always the starting reference point.

Yet, it seems there exists an ongoing, inexplicable confusion about calories, and what they are. New research conducted by the Dietary Guidelines Alliance and released by the International Food Information Council shows that only 14% of parents pay attention to their family’s caloric consumption in a consistent manner.

From that most basic misunderstanding, it’s no surprise to discover that only 12% were correctly able to estimate the total number of calories that should be consumed on an average day, and more than half of Americans don’t even try to consciously monitor calories

The three-phase study — which involved eight ethnologies (following 8 people around and recording their activities and beliefs), six focus groups and an online poll of 1,000 people — points out a glaring need for consumer education at a fundamental, pivotal level.

And therein lies the hitch: Calories are not convenient; they’re difficult to monitor and hard to calculate (particularly in relation to portion size and recession-related home cooking). One member in the focus group phase stated, “I can’t spend my whole life counting all the calories I eat. There’s other things in my life that are way more pressing.”

Amen to that. That’s why there are Nutrition Facts panels and restaurant menu labels and other tools designed to help compute calories. Still, the reluctance to count persists.

What to do? The report makes two findings that are important to food retailers. The first is that supermarkets (along with health professionals) are the top-rated sources for nutrition information regarding calories, portion sizes, nutrient-rich foods and related topics. Indeed, “grocery stores” beat out others (health professionals, restaurants, gyms, the internet and television) to become the only category that scored consistently as a good source of diet information.

Knowing that, the second conclusion should help retailers and their staff dietitians craft more effective messages.

• Messages that are short, to-the-point and action-oriented are more likely to be believed and absorbed.

• Messages that indicate the uniqueness of each person or family’s needs connect with parents more than generalized statements.

• Messages that imply control over the family’s situation, and that it’s within their power to make a change, are also impactful.

• Parents want to know the benefit of doing something, particularly if the task seems difficult or time-consuming.

• There’s a demand for “how-to” education, so messages should extend beyond the goal to include instructions and guidelines for achievement.

But it all comes back to the beginning, and that’s the calorie. Parents are going to start hearing a lot about these energy units from the forthcoming 2010 Dietary Guidelines for Americans, as well as anti-obesity campaigns like Michele Obama’s Let’s Move!

Given that 2011 is just around the corner, it’s an ideal time for retailers reviewing their wellness programs to look at how (or, even if) they’re communicating this building block upon which all other nutrition information is built.