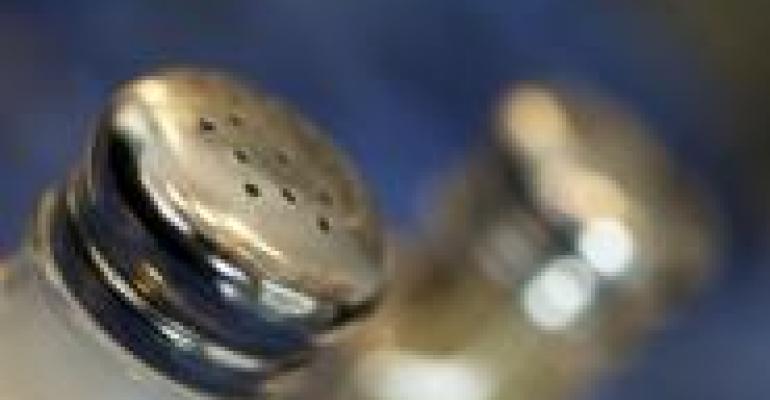 Campbell Soup Co.’s decision to add sodium back into its line of Select Harvest soups might be a poor idea from a health perspective, but it's logical given the present facts and makes business sense. The new CEO who made the decision is taking a lot of flak for the move, but don’t expect any apologies.

Denise Morrison officially moves in to the top corner office on August 1, and has wasted no time in putting her mark on the company. Our very own Supermarket News ranked Morrison at #39 in the magazine’s annual “Power 50” list, which is just out this week.

“I’m energized about charting a new course for Campbell and leading the next era of the company’s growth,” she said in her profile.

The unconventional choice of restoring sodium goes against the grain of the salt reduction trend of the past few years. As Campbell's tells it, consumers apparently missed the sodium that was removed in 2008 when Campbell’s changed the line's name from Campbell’s Select to Select Harvest. Recipes that once included up to 800 milligrams of sodium per serving were ratcheted down to just under 500 mg. Under Morrison’s directive, the amount of sodium will increase to 650 mg.

Campbell’s thinking — and it’s difficult to fault them here — is that there remain plenty of options for Campbell’s fans looking for lower-sodium versions of their favorite soups. Indeed, the company plans to extend its Healthy Request line from 25 soups to 33 varieties. Each of them has an average of 410 mg of sodium per serving, and is endorsed by the American Heart Association.

The research and development folks at Campbell’s are also playing with ways to increase the level of vegetables and whole grains in its soups, Morrison told SN in her profile.

“We will continue to focus on wellness, which is much broader than simply reducing sodium,” she said.

Campbell’s decision was entirely its own. The subsequent gloating by the Salt Institute and the criticism leveled by the Center for Science in the Public Interest are external to the issues that prompted the company’s move which, as we said, were motivated by financials.

The Salt Institute played up the consumer rights angle, saying the company found out the hard by listening to “agenda-driven” activist groups instead of everyday consumers.

“Campbell is right to respond to their customers rather than activists who have made their living ignoring sound science and scaring consumers,” said Lori Roman, president of the Salt Institute.

In its response, the CSPI — a longtime opponent of high sodium levels in food — bemoaned the step back taken by Campbell’s.

"Why not improve their soups with more and better-quality vegetables and chicken, or with herbs and spices? I suppose that's a question that answers itself, and the answer is money," said Michael F. Jacobson, the CSPI’s executive director.

Last spring, the Institute of Medicine, a quasi-official body that helps set federal health policy, recommended that the government set new standards for sodium. That was followed in January of this year with the Heart Association calling on Americans to consume no more than 1,500 mg of sodium per day.

The sodium trend is irretrievably moving towards reduction, and Campbell’s actions won’t undo that movement. Generations have been brought up on sodium-heavy foods, and it’s going to take awhile to wean everyone off. It’s a reality that Campbell’s acknowledges in its decision.