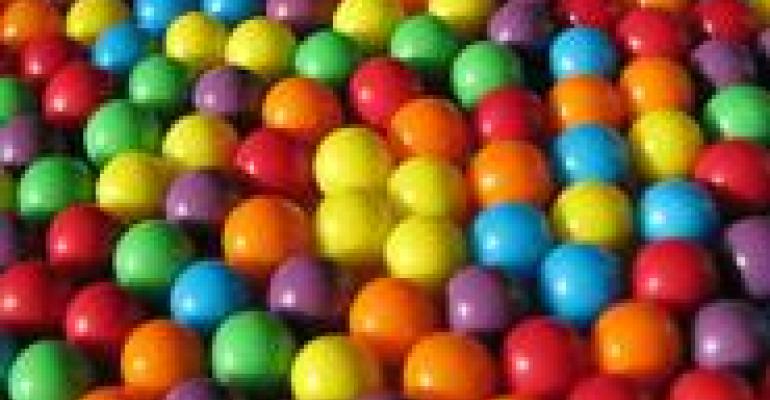 Candy manufacturers have always flirted with positioning their products as “healthy” treats. They’ve had stints in 100-calorie packs, cut back on the sugar in some cases, and touted super nutrients like antioxidants and omega-3s.

But unlike with their salty, baked and fried brethren in the snack aisle, this hasn’t been anything extensive. And it’s all come with a knowing wink and a nudge, since, c’mon, this is candy. Everyone knows that can’t actually be good for you.

Well, times are changing. With obesity woes high on the national agenda, not to mention some stars-are-aligning trends in the food industry — including the popularity of functional foods, and nutrition labeling that has consumers thinking healthy thoughts in every aisle — the candy industry is going on a bit of a diet.

At the recent Candy Expo in Chicago, manufacturers unveiled a lineup of slimmed-down goodies, including sugar-free chocolates and bars boasting healthful compounds like phytonutrients. Reformulations like this could help consumers think differently about sweets — but most manufacturers know people will always think “indulgent” when they think of candy. So what do you do? Cut down the portions. Hundred calorie packs are one way to go about this, and manufacturers are growing even craftier in rationing their products. Snickers 2-to-Go is two bars in a resealable wrapper, designed to be eaten over time rather than in one sitting. Companies like Sweetriot and Hershey’s Reese’s candy, meanwhile, now come in calorie-light nibs.

Of course, whether manufacturers are actually making a healthier product, or merely tempting people to splurge, is another debate altogether. Some studies have shown that 100-calorie packs actually spur people to eat more when compared to a regular bag. Personally, it would take a major surge of willpower to resist that second half of a candy bar.

But there’s no discounting the candy industry’s commitment, nor its need to stay current in these health-conscious times. Last month a coalition of 80 companies, including many candy manufacturers, started the Healthy Weight Commitment Foundation, with a goal of cutting 1.5 trillion calories by 2015. That could make a difference if companies follow through, and at the very least it lets people know the industry is making health a priority.