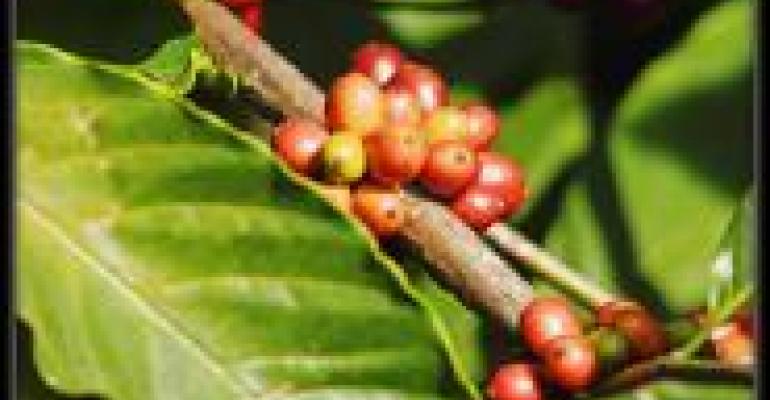 The science around coffee’s health benefits may be mixed at the moment, but there’s no doubt that the brew is a champion when it comes to organic sales. Figures released today at the 5th annual tasting event — hosted by the Organic Coffee Collaboration, a project of the Organic Trade Association — show that the market for organic beans in the United States and Canada topped $1.4 billion in 2009, up from $1.3 billion the year before.

Coffee is the No. 1 organic import, and now represents about 5% of all organic sales in North America. Organic certification continues to be a minimum, upon which additional standards are added, including for fair trade, bird-friendly, Rainforest Alliance and others.

The cup continues to fill as more roasters improve their relationships with growers and expand their roasting and distribution capabilities. Even with the recession, the category grew at just over 4% — not bad for a product subject to premium pricing and special-occasion treatment.

“This data shows that consumers did not shy away from organic during tough economic times, but rather purchased it in even greater volumes than in the past,” said Sandra Marquardt, who organizes the even every year on behalf of the roasters and the OTA.

Daniele Giovannucci, an international market analyst who conducts the survey annually, documented a 21% growth rate for organic coffee during the period 2004 to 2009, which dwarfs the conventional growth rate, which stumbled along at 1% during the same time frame.

With such a strong outlook, I’m tempted to close with one of the gag set-up lines from that 1980 movie classic, Airplane!, spoken by the earnest Dad flying with his wife and son: “I think I will have another cup of coffee…”