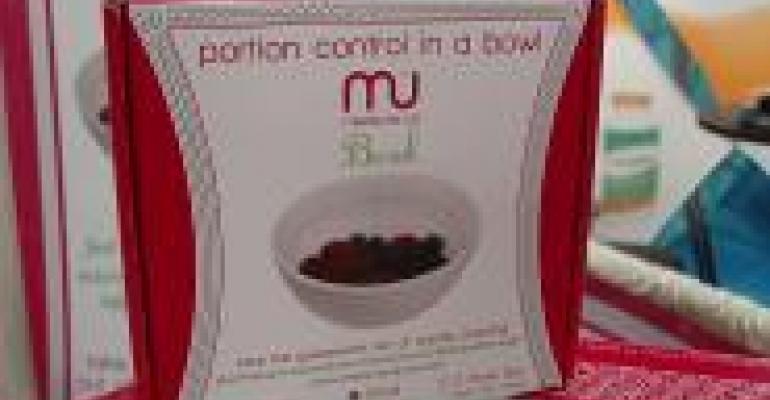 The Companies Under the Stairs

At Expo West, it can be a chore just to cover the main convention floor, let alone the downstairs area as well. But make no mistake — you want to carve out time to head down the escalator. There, you’ll find a grab-bag of little-known and startup companies, some completely off target, some complete hits, numerous oddballs, and almost all of them incredibly interesting.

There’s Magic Power Coffee, which boasts as being the world’s first aphrodisiac coffee, mixing horny goat weed, goji berries and ginseng into each brew. If it works, it’s sure to give new meaning to the term “morning pick-me-up”. There are also bite-sized falafel snacks from Falafel Republic, adding an interesting twist to the ethnic snack category. Near that, you’ll find the Bathroom Brake, which attaches to your toilet paper holder and dispenses the right amount of TP with every pull. Follow the reggae music wafting through the aisles, and you’ll find yourself standing in front of the Marley Beverage Company. Yes, as in Bob Marley. One of the famous singer’s sons, Rohan, and a friend established the company, which will begin selling tea, juices and carbonated beverages later this year. Thanks for getting "I Shot the Sherriff" stuck in my head for the rest of the day, guys.

Downstairs was also the epicenter for new water packaging similar to what I blogged about yesterday. There’s water in pouches, in cartons, glass bottles and spiffy new recyclable containers. You’ve also got inventive new functional options like Blackwater, which is infused with fulvic acid to take on a dark hue, and Activate, which dispenses vitamin powder with a turn of the cap.

And on the simple-but-ingenious side: The Measure Up Bowl, a line of cereal and snack bowls etched with cup and half-cup measurements. “Take the guesswork out of calorie counting”, reads the marketing pamphlet. Indeed. It makes you wonder, why wasn’t this invented ten years ago?