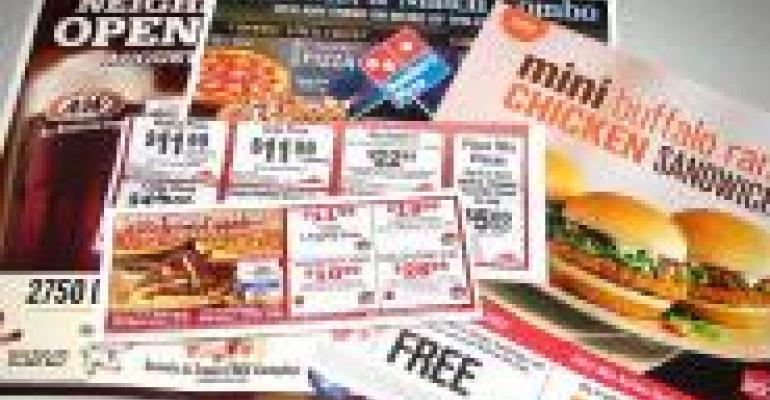 Cool to Use Coupons

If anyone has the goods on couponing, it’s sure to be the Association of Coupon Professionals. At their recent annual conference, the organization cited data from the most recent Inmar Coupon Report in tallying up 2010’s take: Distribution increased 8.1% to 333 billion, while redemption for the year came in at 3.13 billion — about the same as 2009 levels (which were already up 27% from 2008.

Along with the increase, the manner in which people receive and use coupons is changing. Additional research released by Inmar at the show found that there was a 10% decline in FSI redemption (now at 44% of overall industry redemption volume). No surprise to find that consumers are shifting away from cutting up their Sunday newspapers in favor of Instant Redeemable coupons (up 44%), and Shelf Pads (up 27%). The biggest increase was found with Internet Print-at-Home incentives, which increased 81%.

Though this blog is devoted to health, wellness and sustainability, we’ve written about coupons a number of times in the past. Coupons were a huge topic during the recession, when natural and organic product sales took a hit due to their higher price points. Even before that, as organic entered mainstream distribution, coupons were used as incentives to promote sampling.

Today, whether we’re talking about conventional or organic, natural or gourmet, coupons are here to stay. The economy is still tenuous, and then there’s Groupon and reality television shows like Extreme Couponing. The latter two were made popular by the recession, but even as we recover, these entities have taken on a life of their own.

At the recent International Dairy-Deli-Bake Show I attended in Anaheim, Calif., two of the speakers I covered mentioned the power of coupons. The first keynoter, Jack Li, managing director of Dataessential, the Los Angeles-based research firm, found that people would love to be able to buy more fresh deli foods, but find it to be too expensive. He suggested to retailers that they improve their coupon circulation through that department, noting, “Not only is it not embarrassing to use a coupon, it’s actually cool.”

The second speaker, Carol Christison, president of the International Dairy-Deli-Bakery Association, took Li’s observation one step further in describing the sheer number of smart phone apps out there that focus on food shopping, and yes, coupons: ShopSavvy searches out the lowest prices at stores within a set area; Yowza uses global-positioning software to send coupons redeemable at nearby stores and GroceryIQ allows users to create shopping lists, organize them, get applicable coupons and share with others. And that’s onl;y three of the dozens she mentioned or listed on her accompanying handout.

The one drawback here — an observation exacerbated by the continuing popularity of apps, daily downloads and can-do reality shows — is that this form of subsidization can condition shoppers to expect deals, and makes them reluctant on subsequent purchases to pay the full price.

For an industry already waging a major war on inflation and higher commodity costs, this kind of sustained, consumer barrage demanding extended price supports is one front manufacturers and retailers may not be able to hold.