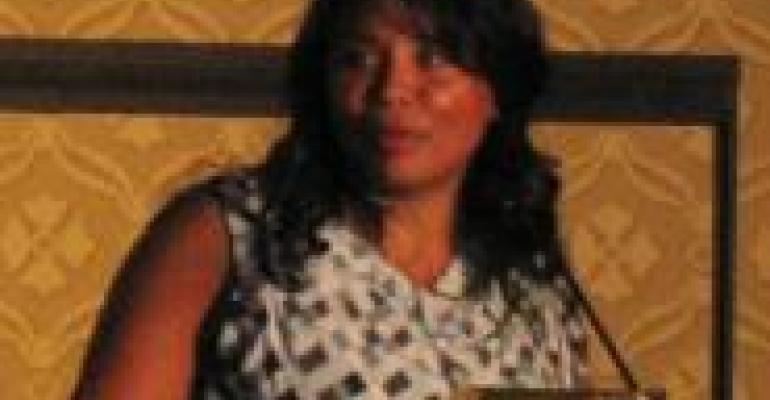 Shavey started with Costco as a warehouse caller in 1984, when the company had just seven stores. She’s now celebrating her 25th anniversary with the club-store giant, and she expressed pride in rising through the ranks in a major business even as she raised a family. “Raising daughters, I like that I am showing them what is possible,” she said.

Accepting the award “on behalf of all the women who are just starting out in this business,” Shavey advised women in the industry to be themselves, and not try to be one of the guys; to “not be afraid to show how smart you are and what you are capable of”; to “stand up for what you believe in” always recognizing that women offer a valuable perspective; to seek and give guidance to other women in their industry; and to “work hard, knowing that eventually hard work pays off.”

The reception rooms were packed, with attendees mingling with drinks and hors d'oeuvres, before a series of brief speeches, including an address by Frieda’s specialty produce president, Karen Caplan, who helped launch the popular annual event 16 years ago.