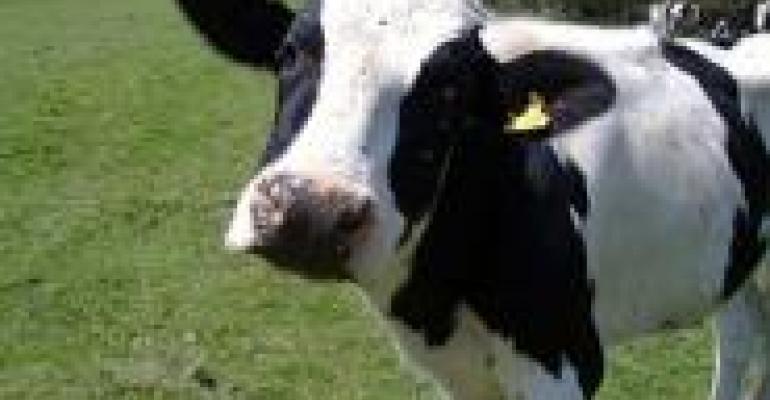 Cow Flatulence? Tesco's Got You Covered

When it comes to cutting carbon output, Tesco is one of the best in the business. The British retailer has planned a “zero carbon” store, and now promises that any new location it builds will put out half the emissions of one built in 2006. The company has also enlisted its shoppers in the mission, putting carbon footprint labels — which indicate the total output for growing, manufacturing, transporting and storing an item — on hundreds of products.

And just to further prove that Sir Terry and the gang are serious about saving the planet, I give you this, courtesy of London’s Daily Telegraph (via CHOW):

Tesco has fitted microphones to a herd of cattle to monitor their belching and flatulence in a bid to reduce methane emissions.

That’s right, Tesco is so dedicated that they’ll subject poor researchers to the odious symphony of a cow’s insides. All kidding aside, methane produced by cattle is a serious offender in the global warming dilemma, and so figuring out how to curb it could be a big step forward. The scientists working with Tesco have wired up 200 cows and plan to study them for 12 months to track the impact various feeds have on their intestines.

Retailers like the promotional upside of reusable bags and other convenient sustainability measures. If they’re going to talk about “commitment”, as so many of them do, though, they should be ready to let things get a little messy, and a little strange. Maybe not monitoring-cow-farts strange, but something close to it.