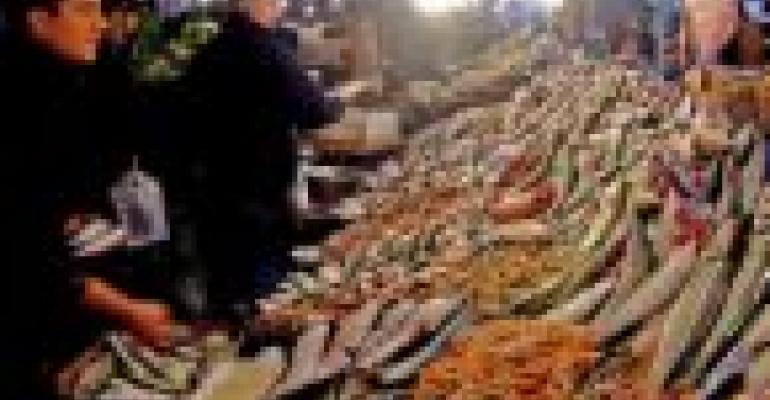 CSAs Take to the Water

Community-supported agriculture has become a popular way for people to get their fruits, veggies, and maybe even a side of beef. Hey, if it works on land, why not in the water, right? Now the list is expanding to include fresh seafood bought, in many cases, right on the dock.

As with CSAs, the model for CSS (Community-Supported Seafood, as I’ve unofficially decided to call it) stresses both economy and eco-friendliness. Because fishermen are paid a flat rate, they don’t feel compelled to over-fish. And consumers typically spend less on their purchases because they’re buying straight from the source. As a Boston Globe story from today noted, one cooperative in Rockland, Maine charges what amounts to $1.50 per pound for shrimp.

Buying seafood direct isn’t a revelation, and these cooperatives don’t pose a threat to supermarkets. They do, however, point to the shortcomings of supermarket seafood, both in terms of price and sustainability. Recent reports and scorecards have doled out awful ratings to retailers for stocking species that are, in some cases, nearing collapse.

The problem needs to be addressed, and many companies are doing just that. Just this week, a group of processors joined with environmental groups to form the International Seafood Sustainability Foundation.

This sounds like a step in the right direction, and there certainly need to be more. Retailers should take a page from seafood co-ops and play up local, sustainable catches, and take steps to discourage destructive fishing practices.