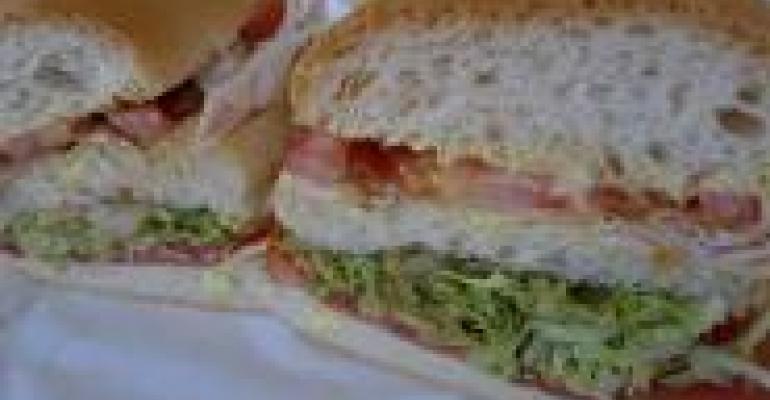 Health-minded patrons are giving restaurants and other dining venues a second helping as the foodservice industry emerges from a recession that caused underperforming operators to close or, at the very least, seriously retool their menus.

Healthy eaters were among the top three groups found to spend more than average per visit and bring more friends with them. While that’s good, the overall data suggests that even restaurant fans won’t be enough to get things going in earnest until next year. Researchers predict that sales at eating and drinking establishments will fall 2% in 2010, before increasing by 2% in 2011.

Looking deeper, full-service restaurants will have further to climb back, falling 4% this year before increasing 1% in 2011. Limited-service restaurant sales are expected to fall 1% in 2010 and then rise by 2% in 2011, Packaged Facts stated.

Where are sales going? Supermarket deli and meals, it would seem. The study found that sales in the supermarket channel during this period — already doing well — will likely continue to increase as consumers (including healthy eaters) keep making food-at-home purchases.

“Our data indicates that grocery store sales rose 4% between February 2009 and February 2010, underscoring the trend toward food at home, which continues to exhibit momentum,” says Don Montuori, publisher of Packaged Facts. “This shift toward food at home at the expense of food away has produced a triple threat to the restaurant industry: declining guest traffic, declining average check, and declining sales.”

Now, as to the other big restaurant boosters. The study found that technology buffs who rely on ordering apps and the like are also more likely to spend more than the average customer, as well as members of Gen Y. This later group is considered an especially bright spot because they’ve exhibited strong usage and frequency patterns across just about every restaurant segment.

Like their healthy eater and tech-happy counterparts, “restaurant users aged 25-34 spend the most money at restaurants on a per-meal basis, and also have the largest party sizes resulting in a total spend per visit that is 25% above the average,” NPD researchers said.

No surprise here since (and this is my observation), both healthy eating/sustainability and technology figure prominently in the Gen Y lifestyle. Yet even here, there are signs that finances are weighing more heavily as this age group matures. Packaged Facts discovered that roughly 50% of respondent adult restaurant-goers (which includes anyone 18+) said they are more likely to eat dinner at home — and almost one-third doing so “a lot more” — compared to three months ago.

That statistic gives supermarkets another leg up: Packaged Fact’s data reveals that an increasing number of consumers are inclined to spend more money on groceries or to “pack a lunch, breakfast or snack” in the next three months rather than splurge on takeout or delivery.