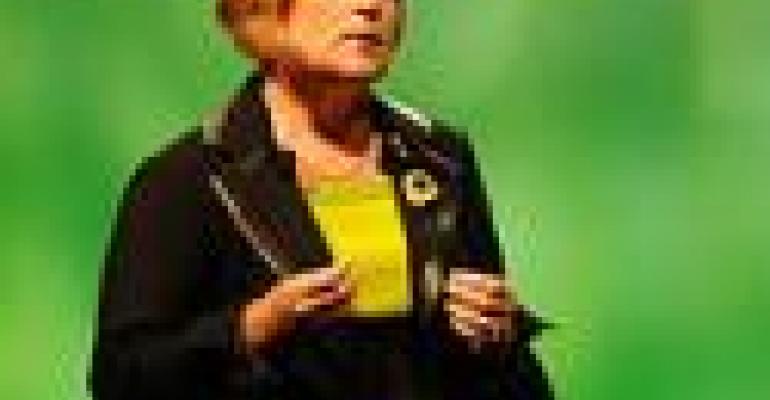 Despite widespread predictions that the consumer frugality spawned by the current recession may be here to stay, “there may be hope,” Leslie G. Sarasin, president and chief executive, Food Marketing Institute, said at the association’s Future Connect leadership conference.

Addressing a packed room at the Hyatt Regency here, Sarasin made her remarks this morning during her first-ever Speaks presentation – the annual state-of-the-industry report compiled by FMI. She cited a recent New Yorker article noting that many experts also predicted a lingering frugality during the Great Depression, after 9-11, and when the dot-com bubble burst. “They were proved wrong in every case,” she said.

“I’m not saying we should dismiss the idea that this frugality will be permanent or even long-lasting, but it would surely be in our best interest to closely watch this trend among our customers.

“We must also be cognizant that these new habits may have a long-term effect on the mindsets of consumers, which of course will affect your business.”

As previously reported by SN in May, the Speaks survey revealed that the economy was the No. 1 concern among supermarket executives, followed closely by competition.