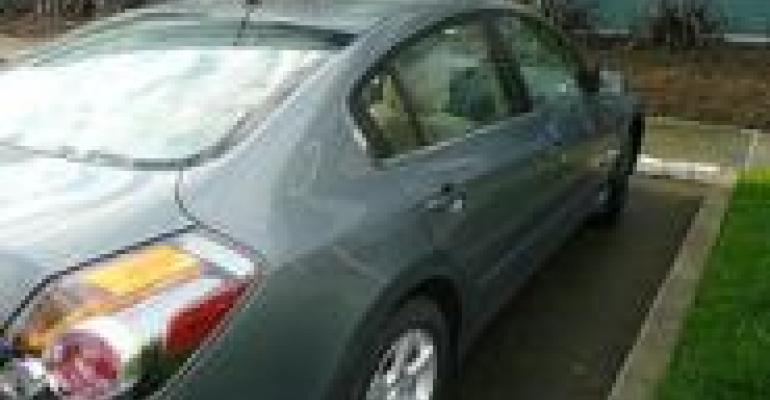 Debate: Should Hybrids Get Preferential Parking?

For all the good it does and has yet to do, the sustainability movement is a tricky dance around all sorts of trappings involving class, economics, and politics. Make a wrong step, despite your best intentions, and you’ll start an uproar.

We saw this with the plastic vs. reusable bags issue, and now we’re seeing it with another attempt by retailers to reward sustainable choices and bolster their own green reputation: reserved parking for hybrid cars.

Providing alternative parking for fuel-efficient vehicles like this is a way to earn points toward LEED certification, according to the United States Green Building Council. That’s an enticing step to take, especially as consumer awareness about the LEED program has increased. But as more stores, including Whole Foods, have started offering front-and-center parking for hybrids, all sorts of people have come out against the idea. Writers for the New York Times and the Chicago Tribune have questioned the practice, and some of their readers are pretty incensed, commenting that the move is “smug”, “dumb”, “elitist” and, of course, “liberal”. Even a few hybrid drivers admitted they’d be embarrassed to take the spot.

Stoking the contentions is the fact that hybrids are more expensive than their conventional counterparts — just like organic and natural foods. Reward hybrid drivers and you’re essentially making a class distinction, showing preference for people who make more money.

Take a step back from the issue, though, and you really have to wonder: What’s the big deal? The payoff assumes that everyone wants to walk less. That misjudges hybrid buyers, who are probably more inclined to walk the extra hundred feet anyway. But it says a lot about the detractors, too, who have gotten way too worked up over a parking space.

Take a deep breath and leave all the socio-economic sensitivities behind on this one, folks. All we're talking about is a stroll through the parking lot. Whole Foods, Seward Co-op and others are just trying to encourage eco-friendly choices. When you’re a sustainable retailer, that’s what you do.