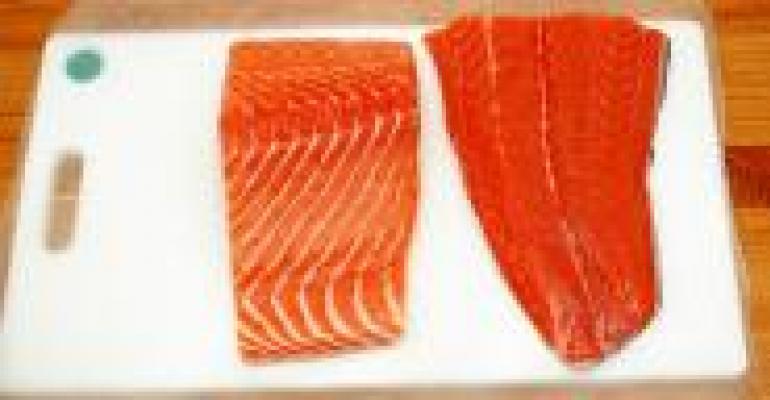 Public hearings scheduled for this week by the Food and Drug Adminsitration are expected to make a small splash in what appears to be pending approval for the AquAdvantage salmon — an Atlantic salmon that’s been modified with genes from the faster-growing Pacific species and another fish.

The milestone event is important because the fish is the first genetically-modified protein ever to be considered for human consumption. That the FDA’s review of the science behind the AquAdvantage salmon is positive indicates the fish could end up in stores. The FDA found the gene insertions created no discernable differences from a regular Atlantic salmon, and that omega-3 and -6 levels — one of the benefits of salmon consumption — were not affected.

Still, opposition from whole health stakeholders is expected to be vocal. Critics say some scientists have found that transgenic salmon may be more disease prone than fish currently grown in aquaculture.

At the very least, opponants plan to push for labeling of the AquAdvantage salmon in order to give consumers a choice. The FDA, so far, is undecided on the merits of labeling.

“Consumers have a right to know what they’re eating, but it appears consumers may be left in the dark,” said Robynn Shrader, chief executive officer for National Cooperative Grocers Association.

And that's not all. An effort opposed to this type of food is about to launch in October. The Non-GMO Project is launching the first-ever Non-GMO Month. Nearly 600 natural food stores nationwide will take part in the campaign, which coincides with the release of the organization's “Non-GMO Project Verified” seal for retail products.

If the FDA doesn't act quickly, it's conceivable that public awareness — bolstered by Non-GMO Month — will make approving the AquAdvantage salmon a real upstream battle.