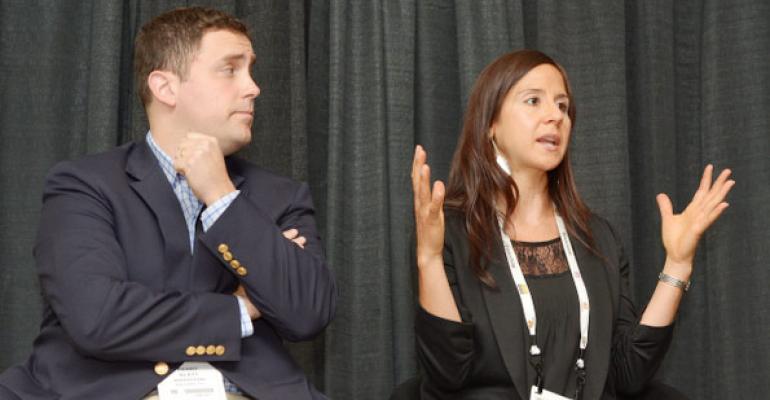 Wakefern Food Corp. is a real believer in dietitians.

In less than a decade the New Jersey-based, retailer-owned cooperative has expanded its dietitian program to cover some 102 of its stores, with plans for continued rollout.

That's because the company, with more than 250 ShopRite supermarkets owned by a variety of members in the Eastern U.S., learned early on about the sizable benefits of employing dietitians, according to presentations during SN's educational event at Natural Products Expo East in Baltimore.

"We found out quickly how fast the dietitians became involved in our community, such as with schools and mom groups, forging relationships," said Perry Blatt, director, Village Super Markets, the largest operator in the Wakefern organization with 29 stores.

About half of Village's stores now have dietitians.

Wakefern also learned how best to integrate dietitians into its system. Training and ongoing education are led by retail dietitian supervisors, but the emphasis isn't on things the dietitians may have learned in school.

Menza said dietitian programs tend to succeed with a variety of shopper demographics because the practitioners have a wide range of services to offer. As a general rule, however, dietitians help to cut through confusion.

"Customers are confused with claims and ingredients lists," Menza said. "They are trying to make sense of claims" for everything from weight management to heart health. Individual prescriptions are based on nutrition and taste profiles.

Wakefern is the winner of SN's 2014 Whole Health Enterprise Award, and the presentation of this honor preceded the panel session. The cooperative wholesaler each month chooses some 75 to 100 "dietitian selections" at stores for special promotion based on rotating themes. Wakefern is rolling out a new shelf-tag program that relays product attributes from heart health to whole grain. The company is also offering group weight management classes for shoppers and associates run by store dietitians.