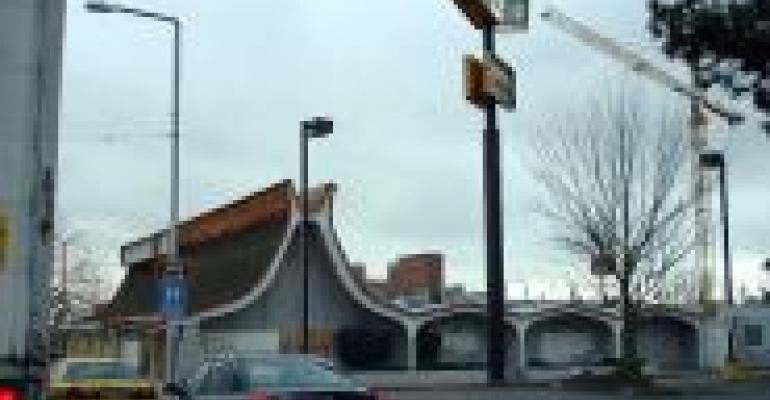 We’re going into Memorial Day weekend, but there’s still a lot of talk about the body slam absorbed by the food industry in 2008. Just today we received another set of stats tallying up the damage. This time, it was the restaurant industry, where 4.1% of all eateries went out of business.

According to Chain Store Guide, a retail and research firm, nearly 400 out of 9,500 high-volume independent and chain operations it surveyed shut down last year. The independents were the harder hit of the two, logging 70% of the closures.

The more notable shut-downs included 18 Macaroni Grill stores shuttered by Brinker International; all 21 units of the Roadhouse Grill chain; all 22 stores belonging to Shells Seafood Restaurants; and nearly half of the 600 units targeted for closure by Starbucks, according to CSG.

Supermarkets fared better last year, but it wasn’t a runaway success. According to Speaks 2009, the annual industry survey put out by the Food Marketing Institute, sales increased 5.2% in 2008, and identical-store sales rose 4.5%, but these gains were offset by a 5.7% food-at-home inflation rate last year. What this means is that net profits were tighter than in past years, at an average of 1.4% — down from 1.8% in 2007. Indeed, if you adjust for inflation, Speaks found that sales actually declined 0.5% and identical-store sales fell 1.2%. Not too pretty.

Still, I’d rather own a supermarket these days than any establishment that relies on discretionary income for sustenance. Luckily, food-at-home prices continue to fall, down for the third consecutive month now. Analysis of prices by the Food Institute found that the annualized inflation rate through May 1 is at 4.3%.

Food away-from-home prices, meanwhile, rose 0.3%. That means restaurants are still grappling with the fallout. In compiling the data for its report, CSG found most of the restaurants that went out of business were clustered in communities that also are home to the largest banks, mortgage companies and insurance providers. And we all know what happened to them.