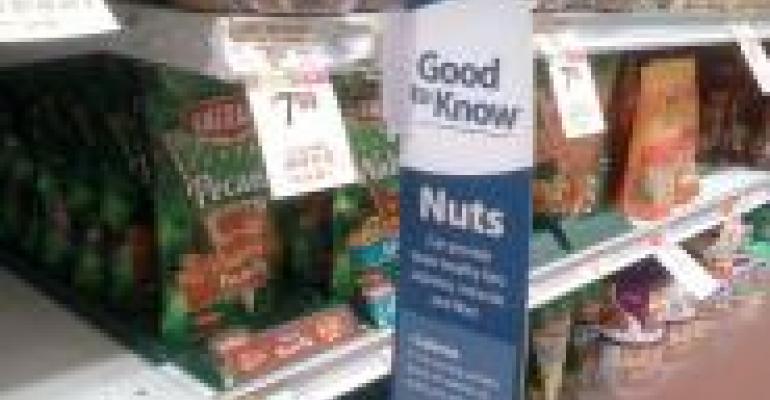 By now, consumers are seeing a lot more nutrition information on the front of food packages and on the shelves holding those items. The guidance comes from many different sources, though five have emerged as leading programs and truly national in scope:

• Smart Choices (developed by major manufacturers, and counting Wal-Mart among the charter members).

In parentheses, I included the retailer most involved in developing and launching each program, and it’s interesting to note that… that’s even possible. Who would have thought that 5 years ago, supermarkets would be at the forefront of bringing nutritional information to customers?

To be honest, I am only partially surprised, having covered this industry for nearly 15 years and seeing the different ways the channel has reacted to the increasing concerns over obesity, individual health and eating habits. Supermarkets stepped up to the plate, make no mistake. Retailers who have undertaken such efforts have virtually erased the line between food seller and educator.

In the process, they haven’t taken sides or played favorites with anyone. The consumer is always first. And that is what gives these programs (or most of them, anyway) their heft and influence. Shoppers are coming to trust them.

We’ll see how far the trust goes in the coming months, as the various initiatives come out in full force and get incorporated into more regions, more stores, more aisles and more products.

The American Dietietic Association just last week issued an insightful overview of these top five programs, and also evaluated products and provided examples of how they stock up against one another. I was surprised to see that Frosted Flakes cereal received an endorsement. Which goes to show you that no information should be processed without some common sense and self-knowledge.