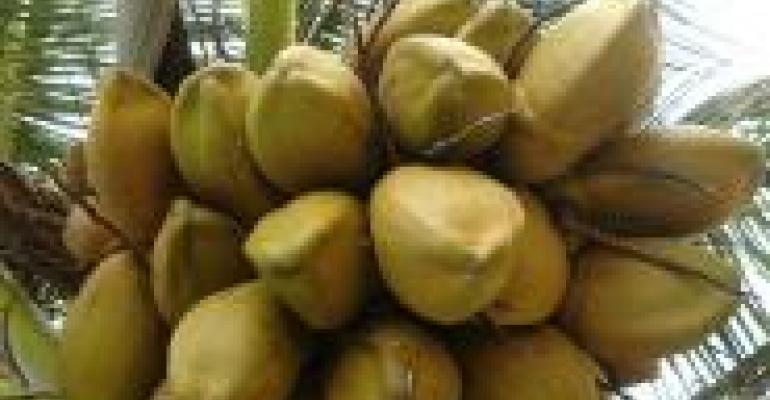 Drowning in a Coconut Water Lawsuit

One of the byproducts of America’s modern-day awareness of health and wellness is a natural skepticism: Does this stuff really work? Are manufacturers being truthful?

Food is held on a much tighter leash because it’s not an optional purchase. The government regulates an industry that itself must adhere to specific labeling and marketing rules; manufacturers need to satisfy requirements pertaining to safety, portion size and nutrition. Consumers, meanwhile, are growing more comfortable reading labels and scrutinizing the ingredient list.

This phenomenon goes double in the natural and organic space. Here, people choose to buy such products because of stated benefits that are backed (in most cases) by official certification.

This latter group of consumers is behind the class-action lawsuit that was filed on Tuesday in Los Angeles against the makers of popular coconut water drinks. An avid runner by the name of Kevin Shenkman cited a recent study of three coconut water brands that found two of them contained far fewer electrolytes — sodium and magnesium — than promised on the label.

The companies, Vita Coco and O.N.E. Coconut Water, are accused of false advertising and misleading consumers. Only Zico coconut water lived up to its billing, according to the study, which was conducted by the firm ConsumerLab.com

To get an independent opinion of coconut water’s nutrient range, we turned to Bruce Fife, a.k.a. Dr. Coconut, to find out what coconut adherents should know about beverages made from coconuts.

REFRESH: What’s in coconut water that makes it so appealing to wellness consumers?

FIFE: It’s a very good source of potassium, and it is a very good rehydration beverage. It’s superior to Gatorade or Powerade because basically they are sugar-flavored water with sodium chloride. That’s all the electrolytes in there. But coconut water also has potassium, calcium, magnesium, phosphates, sulphate — a full spectrum, along with vitamins, minerals and amino acids.

REFRESH: Is it possible to get varying results in nutrient values?

FIFE: [People] have been doing research on coconut water for decades and they have re-analyzed it and it’s basically still the same stuff. Of course, different samples are going to be slightly different, depending on the climate, rain amounts, the soil, etc.

REFRESH: How is coconut water processed?

FIFE: Typically it’s not purified, though it’s pasteurized. The only thing some companies do is add flavors to make a lemon-flavored water, or whatnot.

REFRESH: Why does coconut water have a reputation for rehydration?

FIFE: Studies go back to the war, in the 1940s, when they were using it as an IV solution for this purpose — to rehydrate the body. The World Health Organization has recommended coconut water as a rehydration beverage, particularly in cases like cholera. People die not from the disease itself, but dehydration. Giving them fluids like coconut water has actually saved millions of lives.

The U.S. Department of Agriculture has analyzed the nutrients in coconut water and found that, for every 100 grams of edible portion, coconut water contains an average of 150 milligrams of sodium and 25 mg of magnesium.

A side note: Complaintant Shenkman, himself a lawyer, is also suing the restaurant chain Panda Express for allegedly using chicken powder in vegetarian dishes, according to Reuters.